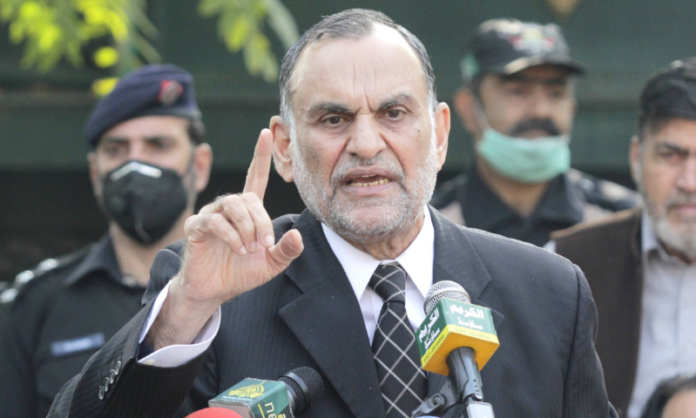 LAHORE: Railways Minister Azam Khan Swati has said that the government has set a target to take freight trains business to up to Rs36 billion per annum.

Talking to the media on Saturday, Azam Khan Swati said, “Pakistan Railway needs to be run on the business pattern if we want to develop this organisation.”

He said the department will seek experts’ opinion with regard to upgrading the basic structure of Pakistan Railway, adding that that it is the government’s topmost priority to provide suitable working facilities to the employees of the railways department.

Swati asked the workers’ union to work for the development of railways and avoid what he called “blackmailing the officers” for personal gains. “Hopefully, the workers will get more facilities, such as buildings, hospitals and educational institutions, in the near future,” he added.

Swati said that railways’ assets would not be sold, vowing that illegally occupied lands of railways would be retrieved at the earliest.

He said encroachments on the railways lands would end now and they were planning to reclaim the lands. “KP Chief Minister Mahmood Khan has assured me the assistance of Frontier Constabulary and police force for the reclamation of Pakistan Railways land encroached in various parts of the country,” Swati added.

The minister said that measures would be taken to ensure safety and avoid rail accidents. He added that the signal system would be improved while the issue of unmanned railway crossings would also be addressed.

Swati said he has given directions to make railway stations hubs of economic activities.