Will the product be enough to change the mill's fortunes? It seems unlikely 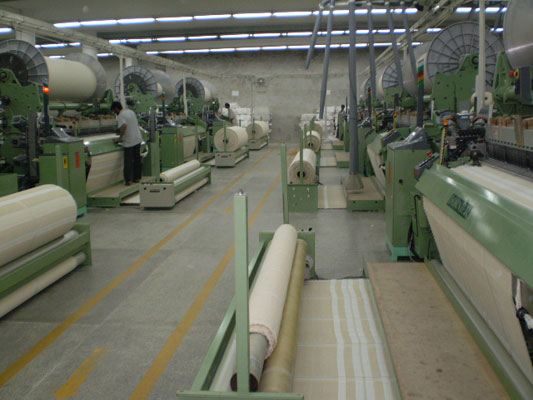 At first glance, it seems quite normal. A large textile mill in Punjab introduced some new products. And so it is with Hira Textile Mills, which issued a notice to the Pakistan Stock Exchange on January 13, giving a status update on its products. In October 2020, the management of Hira Textile Mills introduced a new variety of yarn known as melange yarn. According to the company, about 40% of this new variety was produced and sold to nine export oriented units, such as Sapphire Textile Mills, Asghar Fabrics, GNA Textiles, among others. The production of this yarn would be increased gradually, and the melange yarn would reach its full production capacity by the end of June 2021.

So far, so good. Except for the end sentence: “We request the stock exchange management to shift Hira Textile Mills limited from default segment to normal business segment.”

First, some context. Hira Textile Mills is one half of Hira Group. The group has two textile units: Hira Textile Mills, and Hira Terry Mills. Both mills are located just eight kilometres away from each other on Manga Raiwind Road, in Lahore. Hira Textile produces cotton yarn, and also has an in house dying unit, while Hira Terry manufactures towels. The units are an example of vertical integration, as often, the product yarn is obtained from Hira Textile and then weaved to make towels in Hira Terry.

Hira Terry is the newer unit of the two. The plant was set up in late early 2007 with new machinery all entirely imported from Germany, Spain, Switzerland and Japan. The vertically integrated plant produces  supima, Egyptian and organic cotton yarns. It also makes medium staple cottons like Australian, Brazilian, California and Turkish Cottons

Hira Textile Mills is the older of the two, having been incorporated in 1991, and was listed on the PSX in 2007. It has two spinning units, with 41,424 spindles. The mills do die, bleaching of yarn, which is mostly then exported. It has both a yarn dyeing and yarn doubling unit, and an in house power generator with a capacity 18.65 MW. The yarns come in three varieties: spun yarn, bleached yarn, and zero twist/double yarn.

However what is important to note, is that the cost of sales were not too far behind, in every year. In 2011, there was a comfortable gap of around Rs700 million between the two; by 2017, this gap between net sales and cost of sales had fallen to just Rs250 million.

What happened? According to the company’s annual report of 2019, Hira Textile Mills blamed it on “unfavorable market conditions, depressed yarn prices following weak demand of spun yarn, increase in raw material and production costs resulting in low margins and share of loss from associate.” The company’s finance cost increased by 7.77% over the last year. However, what was most worrying was that the company faced a severe liquidity crisis, because of which it was unable to make a repayment on loans – and two banks filed a recovery suit.

Things didn’t really improve in 2020. Weak demand for spun yarn in the Faisalabad yarn market, and the Covid-19 global pandemic adversely impacted the company, which also had to deal with the compulsory closure of the  mills between March and May 2020. The loss was not as bad however, as the mill moved its product from coarse count to fine count (lower costs) and made drastic cuts in labour by 60%.

But still: now four banks have filed cases against the mill in the Lahore HIgh Court, including MCB Bank, National Bank of Pakistan and Habib Bank. The company has tried restructuring plan with some of them (liek Bank of Punjab), and is in negotiations with the others. Looks like it will take more than a new yarn to help Hira Textile off the defaulter list.