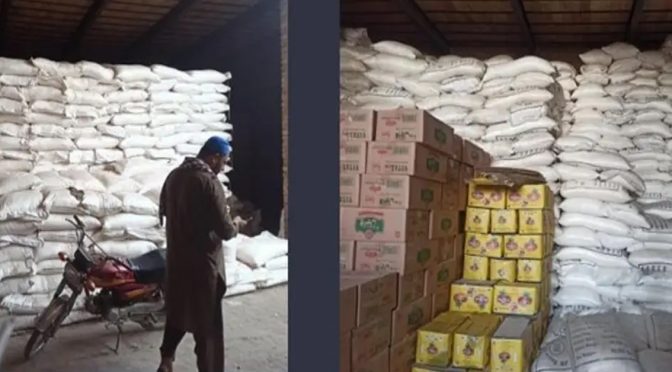 PESHAWAR: The Khyber Pakhtunkhwa government has sealed 7,386 shops and business centres in different districts to control hoarding and artificial increase in the price of essential commodities during the last three months.

According to the details, the district administration registered 5,658 FIRs against illegal traders and collected more than 60 million in fines.

However, the traders’ community has expressed displeasure at the ongoing action. KP Tajir Ittehad (KPTI) President Mujeebur Rehman told Profit that the administration was imposing “baseless” fines against traders to cover up their failure in catching the actual hoarders.

“Not only did the incumbent government fail to deliver after repeatedly announcing a relief package for traders in the form of reduction in electricity bills and other taxes, the administration resorted to imposing hefty fines, leaving the traders with no option but permanently close their shops,” he alleged.

Mujeeb warned that traders across the province would be forced to protest if the government and district administration did not stop the series of “baseless” fines.

According to the report of the Provincial Performance Management and Reformers Unit (PPMRU), the highest number of  FIRs, 1,302 to be exact, were registered in Peshawar in October, November and December, while 1,025 shops were sealed and fines of Rs10.47 million were received.

Farhan Khalil, a resident of Peshawar, opined that according to the figures released by the Pakistan Bureau of Statistics (PBS), all the responsibility for the rise in inflation lies on the government’s ineffective policies.

Khalil said price hikes were the result of an increase in prices of petrol, electricity and CNG, adding that the government should take action at the national level against mafias creating an artificial shortage of essential goods such as sugar, ghee and flour instead of targeting small traders.