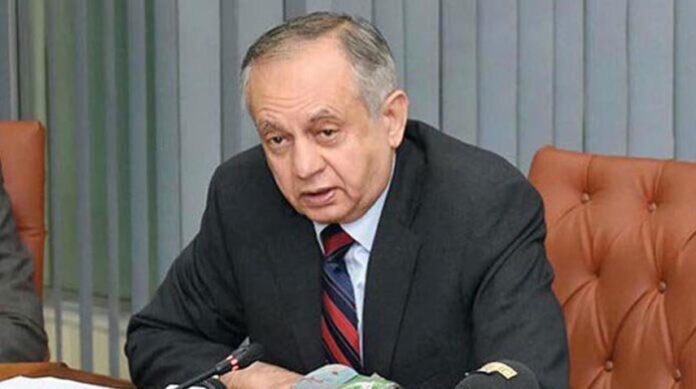 ISLAMABAD: As Pakistan is currently in talks with Afghanistan, Uzbekistan and other Central Asian countries to explore the possibility of preferential trade agreements, Adviser to Prime Minister on Commerce Abdul Razak Dawood has claimed that the proposed PTAs, once completed, would be largely in favour of Pakistan.

Talking to media after the launch of Coca-Cola Pakistan’s Socio Economic Report on Friday, the adviser said that new avenues of trade would open for Pakistan through agreements with Central Asian states, adding that Afghanistan had offered a PTA that was largely in favour of Pakistan.

“There are industrial projects for us like refrigerators, chemicals, motorcycles etc. that can be exported to these countries,” Dawood stated. “There are three priority areas regarding trade with Central Asian states; firstly, there should be free movement of trucks; secondly, transit trade must be ensured; and thirdly, there should be [signing of a] PTA.”

On free trade agreement with China, he said that the FTA was effective from January last year, but due to Covid-19, no progress was made on the accord, as delegations from both sides were unable to hold meetings.

“Pakistan and China will have to wait for another year to make some progress on the FTA,” he added.

On a query regarding Afghanistan-Pakistan Transit Trade Agreement (APTTA), he said the accord had expired on February 11, 2021, “but has been extended to three months by the cabinet”.

He said the revised APTTA would be signed within the next 90 days, which was a sufficient period to finalise the new agreement.

Responding to another question, the adviser said the government has no plan to allow duty free import of cotton from India to bridge shortfall, adding that the country was currently facing a shortfall of one million bales due to low production this year.

He hoped that the country would have a better cotton crop next year.

Earlier, while addressing the Coca Cola event, Razak Dawood said, “Pakistan is looking forward to expanding the footprint of foreign companies in the country by creating effective policies that ensure ease of doing business. The goal is to expedite economic activities and facilitate the corporate sector as much as possible so that more companies like CCI can establish a strong presence locally.”

CCI’s report highlighted its contribution to the national economy as well as the impact of its domestic social investments. It also underlined massive employment opportunities generated by CCI Pakistan to engage the local workforce through 2,500 direct and over 10,000 indirect employments.