LHC allows growers to sell sugarcane to other provinces 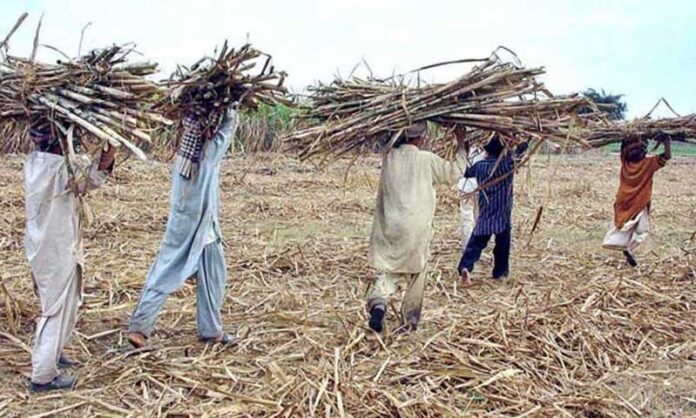 LAHORE: The Lahore High Court (LHC) on Friday allowed sugarcane growers to sell their crops to other provinces.

Sugar mills had challenged the Punjab cane commissioner’s decision regarding lifting of inter-provincial ban on sugarcane export to other provinces.

Declaring the act of selling sugarcane to other provinces by growers “a right move”, Justice Jawad Hassan in the judgement maintained that sugar mills have no right to weaken the farmer financially.

“Farmers’ rights are protected under the Constitution of Pakistan and there is no law that stops them from selling their sugarcane to other provinces,” the judgement read.

Earlier, in a bid to snub the practice of ‘off the book’ purchase, the Punjab cane commissioner had directed the deputy commissioners of all districts to inspect sugarcane procurement being carried out by sugar mills in their respective localities.

On the other hand, the Pakistan Sugar Mills Association (PSMA) had informed the Ministry of Industries that millers were facing serious shortage of raw material and could shut down their operations in the near future.

In a letter addressed to Industries & Production Minister Muhammad Hammad Azhar, titled ‘non-availability of sugarcane due to high prices demanded by farmers’, PSMA Chairman Iskander Khan had stated that farmers were trying to manipulate their position by holding cane supplies.

“Sugar mills all over the country had commenced the sugarcane crushing season for 2020-2021 as per the directions by the respective provincial governments. However, growers had not started sugarcane harvesting in most regions in the country,” the association complained.

“Farmers are demanding higher sugarcane prices compared to the government notified sugarcane price of Rs200 per 40kg,” the letter read. “Owing to the current scarce supply of sugarcane, it is feared that the sugar mills facing shortage of cane will be forced to shut down their units within a week.”

However, I&P Minister Hammad Azhar had observed that there was no shortage of sugarcane in Punjab. “When the government negotiates with mills on high prices of sugar, they say that it’s a result of demand and supply, but when it comes to the pricing of sugarcane for farmers, they [millers] depart from the same logic,” he maintained.