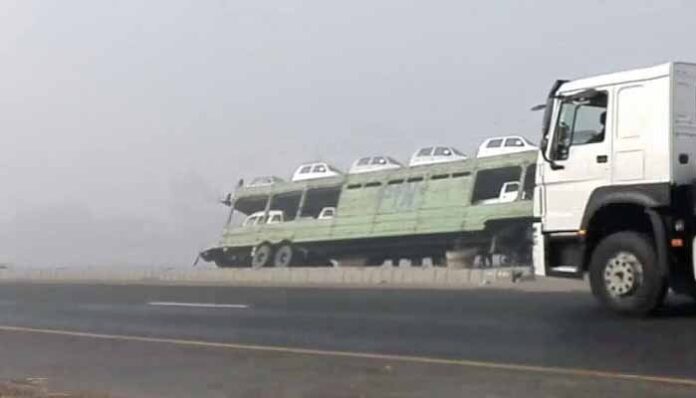 At least 13 electric cars imported from South Korea were damaged after a trailer on which they were loaded overturned near Nawabshah on Friday.

The speeding trailer overturned on the national highway near Dino Machine area of Daulatpur in Nawabshah. The truck, according to the motorway police, was loaded with electric cars.

Sharing further details of the incident, motorway police said that the trailer was on its way from Karachi to Lahore when it overturned, adding that no loss of life was reported due to the accident.

The value of each car is estimated at Rs9 million. Footage of the spot shows the trailer and other vehicles turned turtle on the highway.