Diamer-Basha consultants threaten to stop work over delay in payments 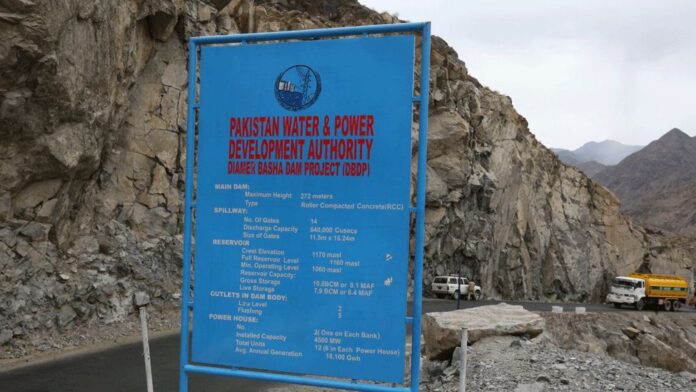 ISLAMABAD: Faced with financial constraints, a consortium of consultants engaged in the construction of Diamer-Basha Dam has warned that it would stop work and claim all kinds of damages if overdue payment of Rs103,799,245 was not made immediately.

“If payments to local JV firms and associates is not made within seven days from receipt of this letter, then consultants will be compelled to show the pace or even stop work in view of clause 6.7 of the Consultancy Service Agreement,” the letter read. “Moreover, as a result of non-payment, the consultants reserve the right to claim all kinds of damages, including, but not limited to, interest on delayed payments, extension of time and extended cost without prejudice to any other entitlements, and remedies we may have under provisions of the contract and law of the country.”

The local JV firms complained that due to non-payments by client, project cash flows have dried up and they were under severe financial constraints to continue their operations.

“Though foreign JV partners have been paid their invoices (that too with delays much beyond the 30-day limit), the payments of local JV partners i.e. NESPAK, ACE, MMP and associates are still awaited,” the letter stated.

The local consultancy firms attributed the delay in payments to “unjustified demands from DBDC” on account of verification of billing rates of local consultants. The local JV have fulfilled all reasonable demands of DBDC and provided documents verifying their billing rates, which were normally required and have proven sufficient for all previous WAPDA projects, they added.

As per the letter, WAPDA/DBDC has “assumed the role of an investigative agency” which was not their domain and their ever changing demands were not justified and unacceptable to the local JV partners.

A WAPDA spokesman did not immediately respond to the queries from Profit.