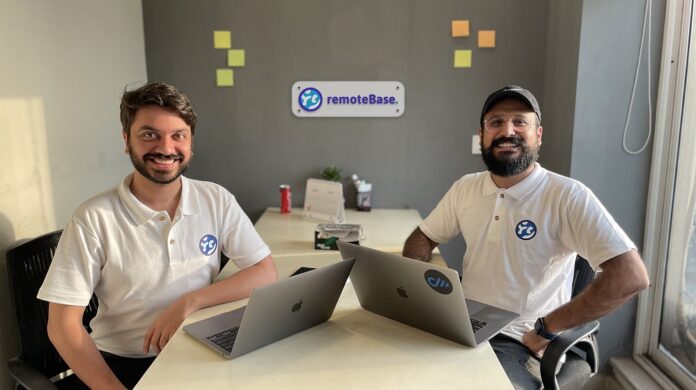 Lahore-based remote talent startup Remotebase has raised $1.4 million in a seed round led by Pakistan-focused VC Indus Valley Capital (which closed its maiden fund with $17.5 million last week), it emerged on Tuesday.

Draper Associates, the VC firm of Tim Draper, US-based early-stage VC Hustle Fund, and some other investors also participated in the round. It is the first investment for both Draper Associates and Hustle Fund in a Pakistani startup.

Remotebase enables startups (mainly in the Silicon Valley) build remote engineering teams in as little as 24 hours. Founded by Qasim Asad Salam and Talha Masood ten months ago, the startup hires, trains, and places (what it says are the top 5pc) local software engineers in the US startups.

The idea may not have resonated with both engineers and startups a year ago but with remote work becoming mainstream due to Covid-19, Remotebase has been witnessing double-digit month-over-month growth consistently since its launch in April last year.

For engineers, its proposition is simple: work for innovative startups in the Silicon Valley from the comfort of your home in Pakistan, for a fixed monthly salary (that it claims is better than what they would usually get in the local market) and other benefits including health insurance. All the engineers that work with Remotebase are on its payroll but they work with the startups as part of their core teams (and learn in the process).

“What’s very interesting is that many of our clients have told us that our engineers are the best resources they have on their teams and we’re talking about teams made up of top-notch engineering talent from all around the world,” Remotebase’s founder and CEO Qasim Asad Salam told MENAbytes. It is Qasim’s third startup. Prior to launching Remotebase, he was running a software agency in Pakistan.

Talking about the country’s tech potential in a press statement, Qasim stated, “Being a remote worker for most of my life, I was always passionate about enabling people to build companies entirely in the cloud and giving them access to top talent from all around the globe. Where better to start the company than Pakistan. A country where I have personally witnessed an immense amount of talent and super hungry individuals just looking for opportunities to learn and grow.”

Meanwhile, Indus Valley Capital commented on the development in a twitter post: “We’re excited to lead the $1.4M seed round for @RemotebaseHQ to connect Pakistani software engineers w/ silicon valley startups. We’re thrilled about the mission alignment w/ them. Congrats @TimDraper & @HustleFundVC on their first investment in Pakistan.”