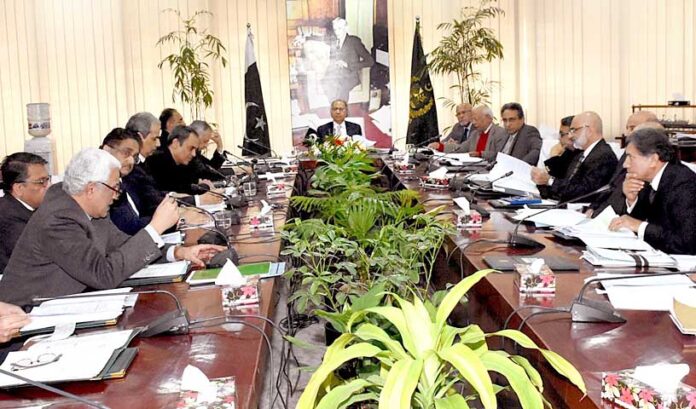 The Ministry of Industries & Production presented the Ramadan Relief Package-2021 in accordance with the PM’s directive to provide maximum relief to the marginalized segments of the society.

Initially, the total quantum of Ramadan Relief Package-2021 was Rs6.3 billion, including Rs100 million for media campaign. However, it has now been enhanced to Rs7.8 billion.

During the meeting, the USC officials noted that prices of essential commodities increase every year during Ramadan due to a number of reasons, including artificially orchestrated price hike and black marketing.

The USC managing director stated that the procurement of essential commodities would start from April 1, 2021, to ensure the availability of basic items at discounted prices across 4,000 outlets in the country.

The committee directed USC MD to coordinate with the Finance Division for timely release of funds to ensure well-timed procurement and other contingent arrangements.

The Ministry of Industries & Production presented another summary seeking permission regarding the operation of two plants namely Agritech and Fatima Fertilizer from March till November 2021 to produce urea from SNGPL-based plants. The underlying rationale is to bridge the gap between estimated demand and actual domestic production of urea in the country.

The committee approved the operations of the above-mentioned plants with a direction that the ministry may closely monitor the demand-supply situation and take the decision to import urea, if needed, as per requirement during the current year.

The chair also considered a summary regarding exemption of Federal Excise Duty for 10 soft-skin vehicles imported by the Food and Agriculture Organization (FAO) to be used by the Department of Plant Protection (DPP) for locust control operations. The food ministry requested a one-time FED exemption amounting to Rs10.3 million for 10 vehicles. The ECC constituted a committee with representatives from the Law Division, FBR and the food ministry for further discussion and submission of an updated proposal before the committee.

Meanwhile, the Ministry of Commerce tabled a summary before the ECC seeking permission for cotton import from Afghanistan and Central Asian States through land route via Torkham to bridge the gap between supply and demand and to ensure sufficient availability of cotton in the country.

The ECC had granted such permission earlier to workout necessary arrangements with reference to Plant Quarantine Rules to meet Sanitary and Phytosanitary (SPS) requirements for import of cotton via land routes. The Ministry of Commerce requested to extend the above permission for import of cotton via land route during the current financial year. The ECC approved the said request subject to fulfilment of formalities.

The IT secretary also presented a summary before the committee based on recommendations by a Cross-stakeholder Committee to address critical issues of cellular mobile industry for digital enablement such as a reduction in NADRA Biometric Verification Charges (BVC), license renewal under further spectrum price etc. After a detailed discussion, the ECC constituted a sub-committee under the chairmanship of Adviser to PM on Institutional Reforms and Austerity Ishrat Hussain to deliberate further and present before the ECC accordingly.

The Ministry of Communications on the occasion updated ECC on National Freight and Logistics Policy (NFLP) discussed in an earlier meeting held on 20th January 2021. The ministry has segregated the proposals into two broad categories in line with the earlier directive of the committee. The ECC directed to discuss the proposals involving multiple stakeholders as envisaged under the NFLP, through an institutional framework, steered by the Planning Commission deputy chairman for consensus among all stakeholders, including provincial representatives, for a way forward.

Moreover, the Petroleum Division updated the ECC about the recommendations firmed up by a sub-committee established in line with the earlier decision of the ECC dated 28 Jan 2021 regarding review of oil marketing companies (OMCs) and dealers margins on petroleum products.

The ECC approved to revise OMCs and dealers margins on the basis of 85pc of the latest average core inflation with immediate effect and directed to expedite a study by PIDE.

Earlier, the ECC had also asked the PIDE to conduct a study to evaluate the margin.