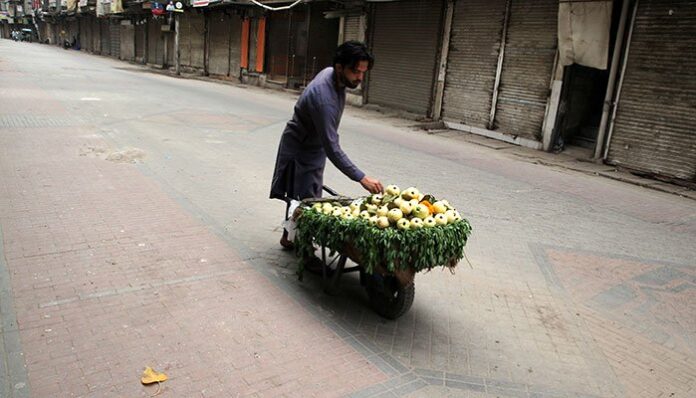 All commercial activities in Lahore have been banned after 10 pm in the wake of the third wave of the coronavirus.

Local media reports state that the ban would remain enforced until April 15.

According to a letter issued by the deputy commissioner (DC) Lahore office, the ban has been enforced on the directions of the Punjab Primary and Secondary Healthcare.

Furthermore, theatre owners have also been directed to ensure the closure of their theatres by 10 pm to avoid strict action over the violation.

Holding marriage ceremonies in marquees and marriage halls will also be banned for two weeks while major markets will also close after Maghrib prayers. Milk, medical stores, and tandoors, however, will remain exempted.

Moreover, only takeaways will be allowed from restaurants.

- Advertisement -
Facebook
Twitter
Linkedin
WhatsApp
Email
Previous articleNEPRA allows KE to raise tariff by up to Rs1.97 per unit
Next article‘Slow Gulf economic recovery to have long-lasting impact on banks’