PIA all set to start flights from Lahore to Skardu, Gilgit 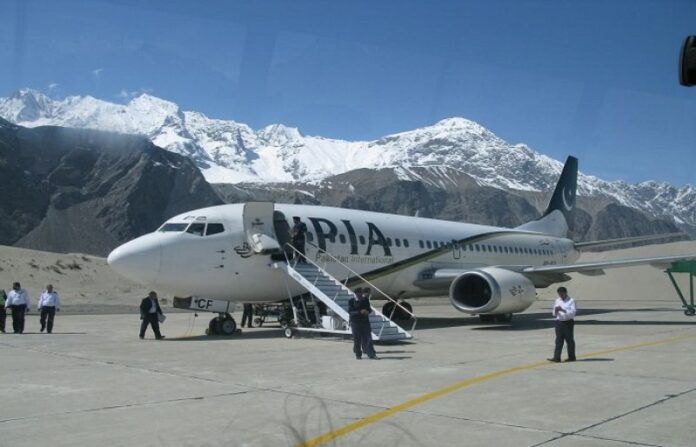 ISLAMABAD: Pakistan International Airlines (PIA) has decided to operate weekly flights from Lahore to Skardu and Gilgit from next month, it was learnt on Monday.

Talking to this scribe, PIA spokesman Abdullah Hafeez said that Lahore would be added to the existing route between Islamabad to Skardu and Gilgit.

“Initially, PIA will start two flights a week from Lahore to Gilgit and Skardu. More flights can be added keeping the number of passengers in view,” he added.

On a query about the earlier announced Karachi-Skardu flights, the spokesperson said that flight cancellations due to uncertain weather conditions were hindering flight operations on this route.

“When a Karachi flight for Skardu is cancelled after arriving in Islamabad, the passengers get stuck in the capital. PIA faces losses in taking them back to Karachi,” he maintained. “But in case a Lahore-Skardu flight gets cancelled even before landing in the mountainous region, the national flag carrier can manage the situation by flying back to Lahore.”

It is pertinent to mention that PIA Chief Operating Officer Arshad Malik had last year directed the airline’s sales manager to make arrangements for direct flights between Karachi and Skardu. The national carrier was to operate Airbus 320 twice a week flights between the port city of Karachi and Skardu. It was decided that in case of bad weather, flights would be diverted to the Islamabad International Airport.

To another question, the PIA spokesman claimed that the minimum fare for flights between Islamabad and Gilgit/Skardu was Rs6,000. However, contrary to his claims, the fare from Islamabad to Gilgit/Skardu ranges between Rs8,000 to 13,000.

With an aim to promote tourism, PIA had recently announced that it would add new routes for its flights which included Swat, Skardu and Gilgit.

Saidu Sharif Airport in Swat was scaled down due to security reasons in 2004 and would be made operational once the Civil Aviation Authority (CAA) upgrades it and makes it operational, the spokesman said, adding that the national flag carrier has decided to operate two flights a week between Saidu Sharif and Islamabad from next month to facilitate tourists.