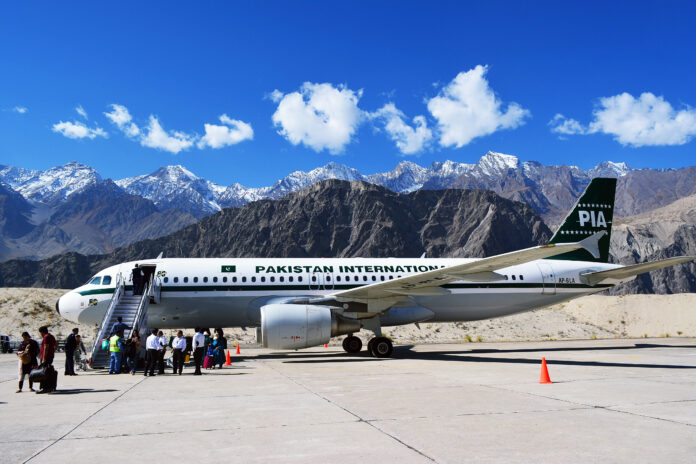 KARACHI: With an aim to promote tourism in the country, the Civil Aviation Authority (CAA) has decided to upgrade the Skardu airport in Gilgit-Baltistan to handle international flights.

According to sources, the aviation regulator has called for the airport to be readied for international flight operations by June-July this year. Located at an altitude of over 7,000 feet, the Skardu airport is listed among the world’s highest altitude airports.

CAA has issued directives for the expansion of the airport, besides laying out preparations for all-weather flight operations, sources said, adding that the airport’s runway will be equipped with the modern CAT-I system to facilitate local/int’l flights in adverse weather conditions.

It may be noted that a CAA team had earlier conducted a survey to determine whether international flights can land at the airport. As a test flight, a Pakistan International Airlines (PIA) Airbus-320 performed a safe landing at the airport.

Earlier this week, PIA had announced that it would operate weekly flights from Lahore to Skardu and Gilgit from next month.

“Initially, PIA will start two flights a week from Lahore to Gilgit and Skardu. More flights can be added keeping the number of passengers in view,” PIA Spokesman Abdullah Hafeez had said.

On a query about the earlier announced Karachi-Skardu flights, the spokesperson said that flight cancellations due to uncertain weather conditions were hindering flight operations on the said route.

“When a Karachi flight for Skardu is cancelled after arriving in Islamabad, the passengers get stuck in the capital. PIA faces losses in taking them back to Karachi,” he maintained. “But in case a Lahore-Skardu flight gets cancelled even before landing in the mountainous region, the national flag carrier can manage the situation by flying back to Lahore.”