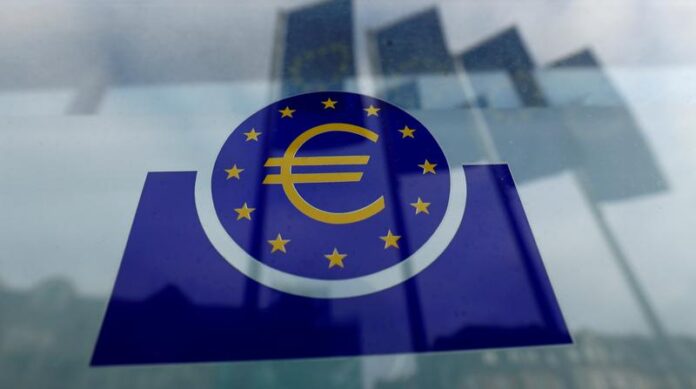 LONDON/MILAN: Euro zone politicians, courts and policy hawks will pose a stiff challenge this year to the ECB’s resolve to pin down the bloc’s borrowing costs, precisely at a time when higher U.S. Treasury yields are tempting investors away from European markets.

And it is no longer battling alone to support the euro economy, as the pandemic induced governments to spend more and to create an 800 billion-euro Recovery Fund, seeded by joint European Union borrowing.

However, an emergency appeal at Germany’s top court has halted the fund’s ratification. The court should decide in the coming weeks on the suit which was brought by five plaintiffs, including the former leader of the far-right Alternative for Germany party.

Given how far Europe’s recovery lags the United States, delaying the fund could mean “economic disaster”, ECB board member Isabel Schnabel has warned.

It is most concerning for poorer southern European countries, which stand to benefit the most from disbursements. Their borrowing costs fell last year as the Recovery Fund deal was seen reducing risks for their economies, but yields have started to edge up on concerns that support for these economies may not come soon enough.

“(The ECB) is doing enough, but the game is not over,” said Guy Miller, chief market strategist at Zurich Insurance Group. “They have to remain vigilant, and they will have to make sure to continue to fight.”

But Spanish and Portuguese 10-year yields have risen 15 bps each since ratification of the fund was halted. Italian 10-year yields are near a six-week high, and their premium over Germany is near the widest since early March.

These moves are modest compared to last year’s pandemic-linked mayhem, yields are historically low and the pain won’t be felt for years. Italy, for instance, with an average seven-year debt maturity, will feel the impact of higher borrowing costs only after 2025, Berenberg analysts estimate.

Ross Hutchinson, a fund manager at Aberdeen Standard Investments, said that while southern European 10-year yields of 0.4% to 0.8% offer little compensation for risk, it was hard to go against the ECB backstop.

But that backstop will come under pressure from the usual hawks within the ECB; Dutch central bank chief Klaas Knot has already urged dialling back PEPP this year.

The recovery fund roadblocks and the ECB tapering debate “are genuine concerns, that are under appreciated by the market,” Hutchinson said.

The ECB bought a net 17.1 billion euros under its PEPP last week, versus 10.6 billion euros the previous week. But it agreed at its March meeting to front-load buying, on condition it would cut purchases later if conditions allowed.

KJ Sinha, a fund manager at Canada Life Asset Management, says as growth and inflation expectations improve around the end of this year, “that’s when (the ECB) will start talking about winding down purchases and things could get tricky.”

Investors such as Cosimo Marasciulo still like Italian debt, thanks to ECB support and the “Draghi effect” – a reference to the trusted former ECB chief Mario Draghi who is now Italy’s prime minister.

“If you buy a 10-year Treasury and hedge it in euros, you get a roughly 20 bps pick-up versus Italian BTPs. If you look at it over the past five years, this is the highest we’ve had it in terms of the yield pick-up,” Marasciulo, head of fixed income absolute return at Amundi, said.

Foreigners hold 30% of Italian debt, but around half the market in Spain and Portugal and almost 90% of Greek bonds, making these markets especially vulnerable to “rotation risk” if Treasury yields rise further, she said.

“Foreign investors are undoubtedly starting to see that, in light of yields rising in the United States, holding debt from the periphery provides a more significant downside than upside,” Spinozzi said.