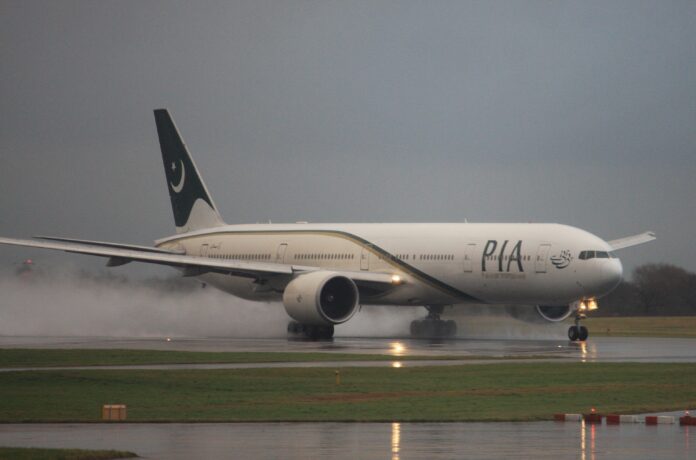 ISLAMABAD: Pakistan International Airlines has announced to operate Karachi-Skardu-Karachi direct flights to facilitate tourists and residents of northern areas from May 16.

A spokesman for the PIA said an Airbus A320 flight would take off from Karachi after making sure that the weather conditions and routine flight is clear. Another flight will be operated on the new route on May 18.

According to the airline, the minimum fare for this route would initially be Rs14,000 while the flight time from Karachi to Skardu would be 2-1/4 hours.

The PIA, according to sources, will also to start its first ever direct flight between Lahore and Gilgit on the same date.

Earlier, the airline had launched direct flights to Skardu from Lahore. The first ever PIA flight PK-8453 flight with 153 passengers had received a warm welcome at the Skardu Airport, which is surrounded by snowy peaks offering a glimpse of the natural wonders in the region.

Meanwhile, the national flag carrier has signed a Memorandum of Understanding (MoU) with Shangrila Resort, the most beautiful resort in the area.

According to Arif Aslam, the MoU was signed for mutual cooperation in facilitating the tourists visiting Skardu and other parts of Gilgit Baltistan (GB) from Islamabad and Karachi.

Under this MoU, Arif said, both PIA and Shangrila Resort would conduct joint marketing for increasing the flow of tourists to Skardu. An Air Safari may also be started from Eid Days to the area.

It may be mentioned here that Shangrila Resort in Skardu , had its business in 1983 with the opening of the first Resort Hotel in Skardu, Baltistan. It was the first ever Resort established in the northern areas for tourism. It was named “heaven on earth” due to its stunning beauty, breathtaking view and peaceful ambiance.

It is pertinent to mention that COO Malik had last year directed the airline’s sales manager to make arrangements for direct flights between Karachi and Skardu. The national carrier was to operate Airbus 320 twice a week flights between the port city of Karachi and Skardu. It was decided that in case of bad weather, flights would be diverted to the Islamabad International Airport.