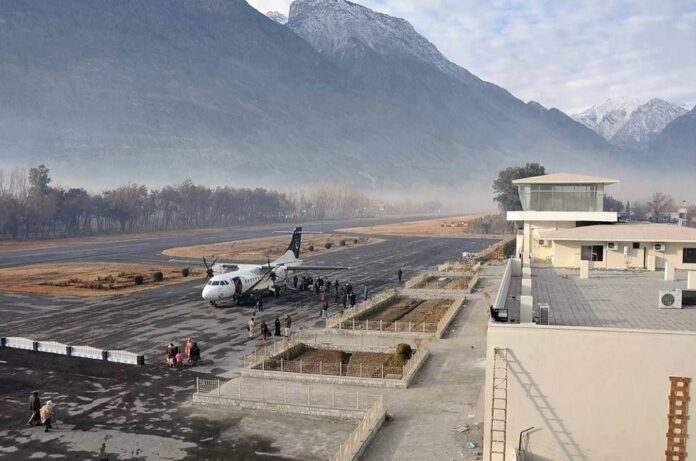 ISLAMABAD: Skardu and Gilgit airports on Tuesday saw a massive rise in flight operations, at par with major cities of Pakistan, when nearly 16 PIA flights operated to and from both the cities.

According to details, PIA operated eight flights each to Gilgit and Islamabad airports in a day, the highest number of flights ever operated in a day in the country’s history.

PIA’s spokesperson said that to fulfill the vision and in the greater national interest, PIA is making all out efforts to provide convenient travel services to the people of the region and to promote domestic tourism in Pakistan.

“PIA’s role is instrumental in the development of these areas which rely heavily on air connection due to difficult surface networks,” he said, adding that Covid-19 SOPs were strictly followed.

The spokesperson said that PIA has offered really affordable fares considering the socio economic considerations of this route and said that the response so far has been really encouraging with flights operating to capacity.

The spike in temperatures in other parts of the country and the fact that you can get to an extremely pleasant weather and breathtaking views with a convenient air travel lasting minutes, is enticing people all across the country, especially Karachi to take these flights. Previously this journey lasted days and required extensive planning and finances.

The PIA Airbus A320 carries 178 passengers and eight crew members on board. The airline will operate two weekly flights from Karachi to Skardu.

Earlier on April 7, the national airline had launched direct flight operation from Lahore to Skardu.

The private carrier is planned to operate flights for Gilgit, Skardu, Chitral and Gwadar from different cities of Pakistan.

Back in March, it emerged that three new air operators are in the final stages of certification by CAA and will start operations in the regional airline’s space soon.

According to the sources, the scrutiny of two airlines, Q-Airlines and Fly Jinnah, has been completed while the third airline Jet Green Airlines is still going through the inspection process.

The applications will be sent to Aviation Division and later to the federal cabinet for final approvals.

With the addition of three new airlines, the number of private carriers operating will increase to six. Airblue, SereneAir, and AirSial are the three existing airlines operating in the country of approximately 217 million whereas PIA is still the largest and oldest carrier in the country.

According to the aviation law, the new airlines must operate domestic flights for at least one year before launching international flight operations.

With the launch of three new airlines, a good number of jobs are supposed to be created as the aviation industry is still facing the worst financial crisis since the start of the Covid-19 pandemic.