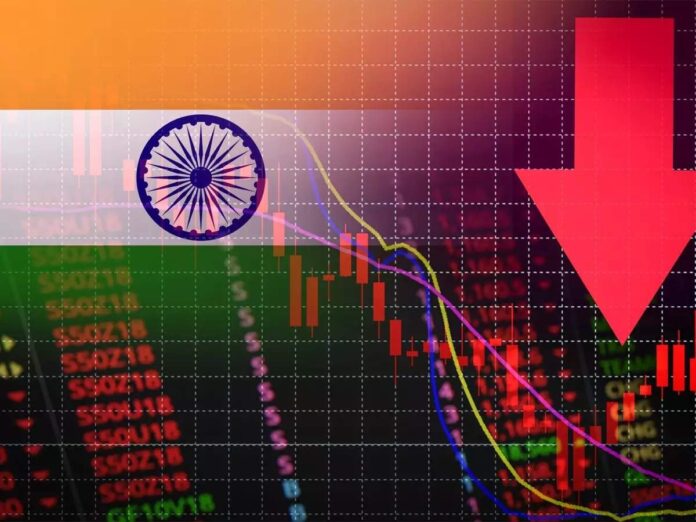 MUMBAI: India’s economy contracted 7.3 per cent in 2020-21, official data showed on Monday, its worst recession since independence as coronavirus lockdowns put millions out of work.

About 230 million Indians fell into poverty due to the pandemic last year, according to a study by Bangalore’s Azim Premji University, which defined the poor as those living on less than 375 Indian rupees ($5) a day.

An easing of restrictions towards the end of 2020 helped propel a tentative recovery in activity, but this may prove short-lived following an explosion in Covid-19 cases in April and May.

India’s vicious second wave, which has killed 160,000 people in eight weeks, prompted further lockdowns and saw 7.3m people lose their jobs in April alone, according to the Centre for Monitoring the Indian Economy.

That means more pain in a country where 90pc of the workforce is in the informal sector with no social safety net, and where millions do not qualify for emergency government rations.

The government has faced growing criticism — including from Nobel prize-winning economists Esther Duflo and Abhijit Banerjee — for focusing on loans to hard-hit businesses rather than direct cash handouts to vulnerable households.

In a recent report, British financial services firm Barclays pegged the economic cost of India’s second wave at $74 billion, or 2.4pc of GDP.

But helped by output having slumped so much last year, the headline figures for the current fiscal year will still appear strong.

India’s central bank is projecting annual growth of 10.5pc and the International Monetary Fund 12.5pc, the fastest among major economies.

But she warned that analysts would “have to revisit this expectation much more often, given it depends on the pace of vaccinations and the pace of restrictions”.

“While the situation this year is not as bad as the national lockdown last year, the economy is coming under a lot of stress due to localised restrictions, which we expect to continue into the rest of the year.”

India’s economy was in the throes of a prolonged slowdown even before Covid-19 struck, but the pandemic affected years of gains.

An estimated 50m Indians were expected to climb out of poverty last year. But instead the poorest 20pc of households lost their entire income in April and May as business ground to a halt.

The stringent months-long nationwide lockdown put around 100 million people out of work, according to a report by Azim Premji University, with around 15pc unable to find jobs even by the end of the year.

“With the local trains not functioning I can’t even go looking for jobs.

Everything is closed,” the father-of-three said.

A former sous-chef at a top Mumbai hotel said he was put on unpaid leave last June and has yet to resume work.

“The lockdowns are causing continuous uncertainty for all our jobs,” said Prateek, who declined to give his full name.

“We were told that we will get called back to work soon, but the lockdowns keep getting extended.”

Experts say the second wave, which has burrowed into India’s ill-equipped villages, could spark a fresh crisis among an impoverished population already reeling from last year’s shutdown.

“This time, unlike the last time, income destruction has been universal — both rural and urban India has been affected,” said Arvind Singhal, chairman of Technopak Advisors.

“The 200 million poorest families should be given cash directly. And that needs to be given right now, not later.”

India has recorded 28m coronavirus cases so far and distributed 213m doses of the Covid-19 jab, with its massive vaccination programme facing delays and shortages.

PESHAWAR: After Taliban's takeover of Afghanistan on August 15, money supply by banks has taken a serious hit causing difficulties for traders, who are...
Read more
- Advertisement -