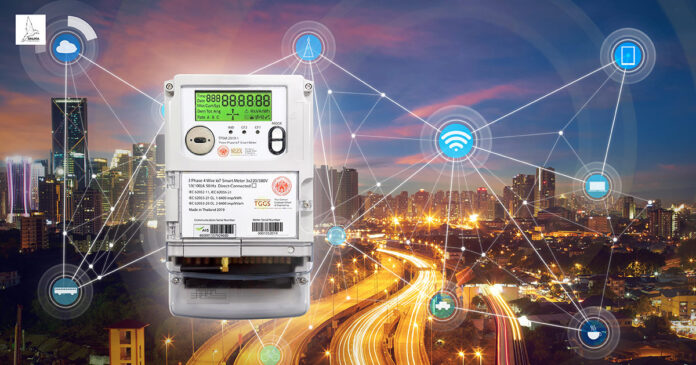 ISLAMABAD: The federal government is likely to cancel the Rs47 billion advanced metering infrastructure (AMI) project due to its complex design and high cost.

Officials said that the future of AMI projects remains unsure as the government has not agreed on technical fundamentals such as outdated power line carrier (PLC) technology as well as project feasibility, controversial bidding process in the IESCO project and limited participation of international bidders in the LESCO project.

Recently, the IESCO board had emphasised reassessing the project from the Executive Committee of the National Economic Council (ECNEC) which had approved the AMI (IESCO portion is Rs16930 million while LESCO Rs30597 million) project worth Rs47.5 billion in 2016 under the power distribution enhancement investment program –II (TRANCHE-I).

Officials said that the Asain Development Board (ADB) was rigorously following this project and reportedly it warned the government that if this project was canceled then they will not invest in the power distribution sector.

On the other hand, Pakistan has so far paid 2.7 million dollars as commitment charges to ADB.

The IESCO had in 2019 knocked out the global leading AMI company in a controversial bidding process which was allegedly engineered to manage a sole bidder while the LESCO bidding process for AMI is also under evaluation despite passing the 20 months which raises questions on the bidding evaluation process.

Officials said that the LESCO had received two bids on November 4, 2019, for the above mega project. “LESCO is facing challenges due to limited competition and participation of international AMI companies which lead to a lack of quality bids received”, officials added.

Officials further added that “DISCO’s need to think about the impact of 4th Industrial Revolution-4IR on AMI technology. “The AMI technology has transformed rapidly in the last 5 years and any investment in this space has to be re-assessed that should make a viable technology roll-out for the next 10, 15 and 20 years in the utility sector”.

Besides this, the rapid global shift in AMI technology after 2014, where utility companies in developed nations are seeking to increase benefits of AMI through upgraded 2nd wave of AMI deployment worldwide, officials added

DISCO’s should have a clear-eyed focus on the fact that it can’t approach the way technology use cases have been in the past. The decisions DISCOs make now will lock ADB backed loan investment into certain paths, which will hinder the country’s digital technology adoption rate and enable low carbon economic markets in the utility sector.

Officials said that DISCOs should deliberate the proven next-generation technologies that have much more computing power and flexibility into their smart meters, which can enable several applications that can create more value for utilities and customers alike.

The latest generation of smart meters will allow utilities to “pinpoint exactly what in a customer’s home is using the most energy,”. That can allow customers to get much better data about their energy use and allow utilities to fine-tune efficiency programme offerings, rate designs and other personalised approaches to energy management.

Officials said  that the demanding 5G disruptive communication network will dramatically change the entire AMI deployments which proven wide deployment of IoT devices, broadband and mission-critical services along with a large variety of scenarios, ranging from smart city to smart meters, which will enable huge capacity, zero delays, faster service development, elasticity and optimal deployment, less energy consumption, enhanced security, privacy by design and connectivity to billions of devices with less predictable traffic patterns. Furthermore, it should provide flexible, smart and scalable adaptation and/or association of the available network resources to the requirements of the supported services, enabling a dramatic paradigm shift from legacy CAPEX to the OPEX “Everything-as-a-Service” driven business models.

Officials said that the Ministry of Power will also review the project design as well as high cost and it can be cancelled if it could not win the approval of high ups.

The scribe approached the Federal minister for Energy, Hammad Azhar, for his comments on this project but no reply was received till filing of story.