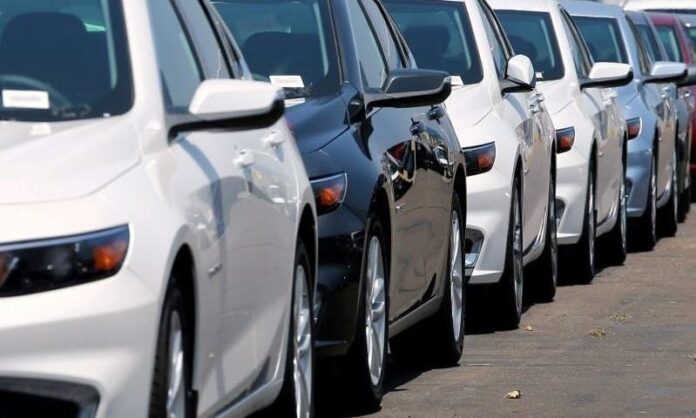 ISLAMABAD: The government is going to introduce a new car financing scheme with a lower interest rate of 5 to 6 per cent to facilitate customers who are unable to buy a car after major price hikes during the past few years.

According to an official at the ministry of Industries and Production, the government is interested in facilitating the customers of small cars of 850 cc to 1000 cc with reduced interest rate to facilitate maximum buyers. However, the financing facility would also be extended to cars of above 1000 cc. “The rate being proposed for small cars would be around 5 per cent while 6 per cent is being suggested for cars of more than 1000 cc,” the official said.

“The facility could boost sales in the auto industry which ultimately create business and employment opportunities,” he said, adding that the facility was currently being discussed with stakeholders.

During a recently held meeting on proposed new auto policy, it was informed by Federal Minister for Industries and Production, Makhdum Khusro Bakhtyar, that the aim to introduce a new policy is to provide affordable small cars i.e. 850 cc-1000 cc, promote localisation in domestically assembled cars, produce exportable surplus of auto-parts of 2-3 wheelers and increase the competition in the local market so that people in Pakistan could enjoy better technology at affordable prices.

Apart from the financing facility, the government has also announced reduction in general sales tax (GST) on locally assembled cars up to 850cc to 12.5 per cent from 17pc in the budget 2021-22 followed by exemption of federal excise duty (FED) and value-added tax to give relief to small car buyers. The small car producing local companies especially the Pak Suzuki Motor Company Ltd (PSMCL) will enjoy the concession.

According to sources, stakeholders in the auto sector have also agreed to give incentives to hybrid cars in the next policy (2021-26), similar to what has been given to electric cars. Electric vehicles (EV) parts in hybrids are likely to get similar incentives as stipulated in the EV policy.

“The duty relaxation offered for parts of the EVs is being proposed to CKD of hybrid cars too under the new auto policy,” an official at Engineering Development Board (EDB) said.

Earlier through the EV Policy 1 per cent sales tax for locally made EVs up to 50 kwh and light commercial vehicles up to 150 kwh were introduced. Besides, duty on the import of charging equipment was capped at 1 per cent.

Talking to this scribe, Additional Secretary Ministry of Industries and Production Hamid Atique said that the ministry was trying to cover the tax part of the upcoming auto policy which is to be included in the FY22 budget.  “The remaining part of the policy would be finalised during next month,” he said.