Experts fear case may drag on for decade, dent export of both countries 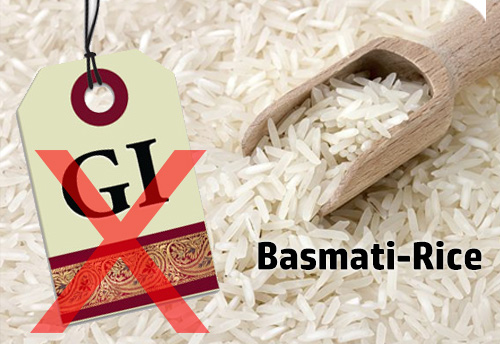 ISLAMABAD: Pakistan and India may fight the case of exclusive rights to the Geographical Indication (GI) of basmati rice in European Union (EU) courts as the time period extended for bilateral negotiation and resolving the case amicably comes to an end this week.

According to sources, the two rival neighbors have so far made no progress in reaching an amicable resolution of the dispute within the time period given by the European Commission (EC) as the Modi-led government refuses to budge from its rigid stance.

Pakistan has opposed Indian claims of exclusive rights of holding the GI for basmati in the EU as Islamabad considers the product as a joint product of the two countries. However, the Indian side is reportedly reluctant to accept joint ownership of the product despite the fact that the aromatic rice is produced in both countries.

According to sources, the commission had granted three months time to both countries for consultation, which was later extended for another three months until the first week of September, 2021, over India’s request.

Now, if the two parties are unable to reach an agreement by the end of this week, a trial will begin before the tribunal of the European Commission DG Agriculture. In such a case, the fight for basmati may continue for about a decade, causing mutual damage as basmati exports of both countries will be heavily disrupted until the conflict is resolved.

As per experts, the practical solution for the two neighbouring countries is to submit an application for joint ownership since India and Pakistan are the only two basmati rice producers in the world.

Speaking to Profit, leading exporter and former vice president of Rice Exporters Association of Pakistan (REAP), Taufiq Ahmed Khan, said that there was a sliver of hope for reconciliation. “The positive thing we noticed during the proceedings [in the European Commission] is that the importers and traders of basmati rice in Europe are in favour of joint ownership of the GI tag by India and Pakistan. These traders will not support the case going in favour of any one country as it would directly impact their businesses in a negative way”.

Khan stressed that both countries should resolve the issue without wasting time and money in EU as joint ownership of the GI tag for basmati rice is not only logical but also mutually beneficial; however, he regretted that only Pakistan has made an effort to this end.

According to officials privy to the matter, apart from India and Pakistan, Nepal has also become a party in the case by also submitting an opposition to India’s application in the EU.

Like Pakistan, Nepal has also claimed the GI right on basmati paddy in response to India seeking an approval to receive GI certification for the same from the political and economic union of 27 member countries.

Nepal claims that the rice variety has been in production in the South Asian region, including Nepal, for ages. However, it does not grow fine rice or basmati in large volumes and the growing demand is met through imports from India.

An official at the Ministry of Commerce confirmed that both Pakistan and Nepal have hired international consulting firms to fight their case in the EU.

It may be recalled here that Pakistan registered basmati as GI product after approval of the GI Law of the country after a delay of decades. It had registered its GI for basmati in 2020 after India had falsely claimed its produce of basmati rice to be sole and original in an attempt to hinder Pakistan’s trade in the EU in September 2020.

The Trade Development Authority of Pakistan (TDAP) was given the task of registering all merchant profiles and trade routes and with the Intellectual Property Organisation (IPO).

The EU had approved India’s application in its official journal, and then claimed basmati rice as an Indian origin product, even though the same rice is produced in Pakistan on a large scale.

India, to support its claim of exclusivity, had referred to various reports and dictionaries to show that the basmati is of Indian origin and conveniently left out the part that the same rice is widely produced in Pakistan.