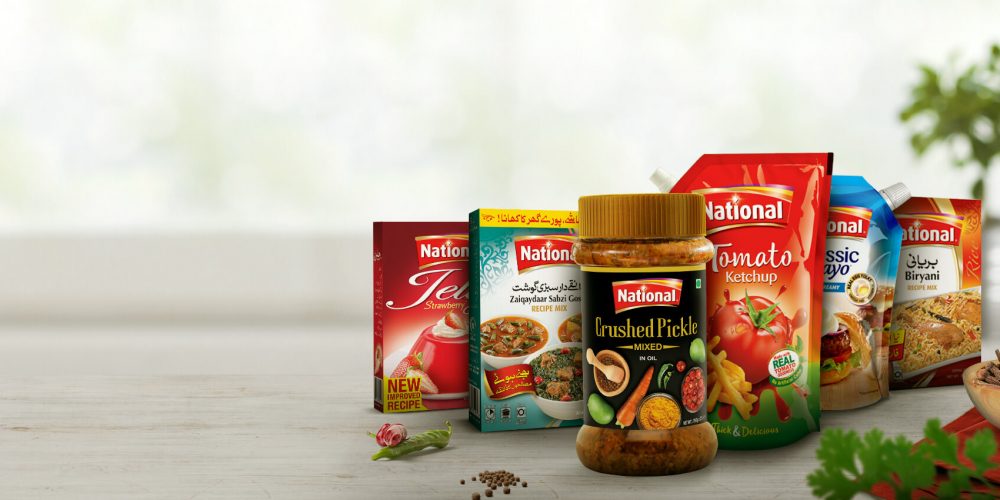 Every city has a hub, and some cities have multiple. Karachi has Saddar, the oldest part of town, a busy market place and shopping district. And it also has I.I. Chundrigar Road, the city’s ‘Wall Street’, so it were. There are other contenders to these hubs – consider the Korangi area, the Dolmen site on Seaview. But there is one district that is unlikely to become a corporate offices hub – and that is Civil Lines, a leafy residential area with old school townhouses, and new apartment complexes.

And yet it is here, tucked in a side lane where the National Foods head office is located, food company with over 250 different products, across 13 categories. It is an old residential building that has been renovated and revamped. It’s an unusual location for an unlikely company, founded in the 70s, and experiencing fantastic financial results in the last decade. In the recent annual report sent to the Pakistan Stock Exchange on September 22, the company experienced its highest ever consolidated revenue, at Rs34 billion. Not bad for a company that just 20 years ago was making just Rs765 million.

But the story of National Foods is much older than that. National Food Laboratories Limited existed in some form before 1970 – a small company initially set up by the same family group that had set up EFU Life Insurance. In came Waqar Hasan, and Abdul Majeed, who are credited in company documents as the founders of National Foods as we know it today. After graduating from the F.C. College, (a Chartered University) Lahore with a B.Sc. in Physics and Mathematics, he was selected by the British Council for Higher Studies in Textile Engineering and completed B.Sc. (Hons.) in Technology from Manchester University in 1959

The two old friends decided to take this smaller company in a different direction. Neither exactly had a background in food: Majeed had graduated from F.C. College in physics and mathematics, and from Manchester University in Technology; while Hasan had been a former test cricketer for the Pakistan team since 1948 for 14 years.

But this unlikely duo stumble upon a unique idea. While it may seem strange now, what with the ubiquitous presence of pre-packaged spices used in Pakistani food, before the advent of consumer goods like National and Shaan, people had to physically buy spices, pound them, mix them, and then use them in food. The two decided to introduce branded and packaged spices, changing how Pakistanis cooked.

Over the next few decades, the company slowly but surely expanded. It launched branded salt in 1978, and grew large enough to list on the PSX in 1988. It launched its much beloved pickles in 1991, ketchup in 1997, and jellies and jams in 1998.

In the year 2000, the company acquired a new CEO: Waqar Hasan’s son, Abrar Hasan. And while the two founders had obviously grown the company over the last few decades (after all, the company was approaching Rs1 billion in sales), it is really Abrar Hasan who can be credited with the transformation and rapid sales growth of National Foods. He introduced modern corporate concepts: like sustainability, efficient supply chains, gender diversity and daycare – which are now paying off.

The company introduced a brand new facility in 2006, and then completely revamped all packing in 2009. They introduced drinks in 2010, and halal frozen meals and nimco snacks in 2014.

Perhaps most importantly in this era, the company decided to start expanding globally. The company established its first subsidiary in Dubai in 2014, and another in 2014 in Canada. And that point the company just goes on a roll: introducing mayonnaise in 2017, launching chaat masala and snacks in 2018, and (somewhat late to the game) garlic mayo in 2019.

Similarly, profits levels were middling until around 2012. That’s when the company began raking in serious profits, and crossed the Rs1 billion mark in 2018. In 2021, net income stood at Rs1.9 billion.

What explains this meteoric rise? According to the company’s annual report it had focused on Mayonnaise and savoury snacks, and also found new distribution partners in the UK and UAE. Ot also launched new crushed pickles, pink salt, and pepper grinders.

But perhaps most importantly National Food has invested in image. National ka Pakistan, where a celebrity chef discovers cuisines in Pakistan is now in its sixth season. The company also heavily advertises its ketchup to children, buying ad space on cartoon channels. It is a subtle but important aspect about being a food company: taste good, but perhaps more importantly, be everywhere. And that’s what National has been trying to do all along.

The journey from Mian Textiles to Cordoba Logistics

Chilgozza supremacy – this week in Pakistan’s business and economics twitterverse