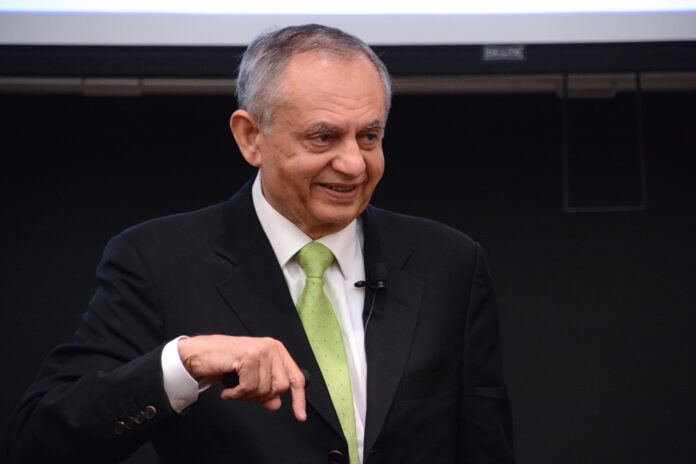 The GCC, which includes those three countries plus Qatar, Kuwait and Bahrain, started free trade talks with Pakistan in 2004. It has not implemented a free trade deal since 2015.

Dawood told Reuters that Pakistan hoped bilateral negotiations for preferential trade deals with the three Gulf Arab states would start in the next 6-12 months.

“We feel it is far better to do individual (deals) at the moment rather than with the GCC as a bloc,” he said in Dubai.

Dawood said the negotiations would cover a limited number of goods and would not be as comprehensive as a free trade agreement, though over time the deals if secured, could be expanded.

He did not say which goods Pakistan would seek to include.

The UAE announced this month it would seek broad economic agreements covering trade and investments with eight countries, including India, Britain and Turkey, but not Pakistan.

Saudi, Emirati and Omani officials could not be immediately reached for comment on the PM’s adviser’s remarks.

Dawood is in Dubai to assess preparations for Pakistan’s participation at the six month Expo world fair being held there from next month.

He said Pakistan would highlight safety and diversity at Expo, which he hoped would lead to an increase in tourists and investments in the South Asian nation.

This month, New Zealand’s cricket team pulled out of an upcoming tour of Pakistan over security concerns.

“We were not expecting something like this to happen and that is the type of perception that we have to overcome,” Dawood said.