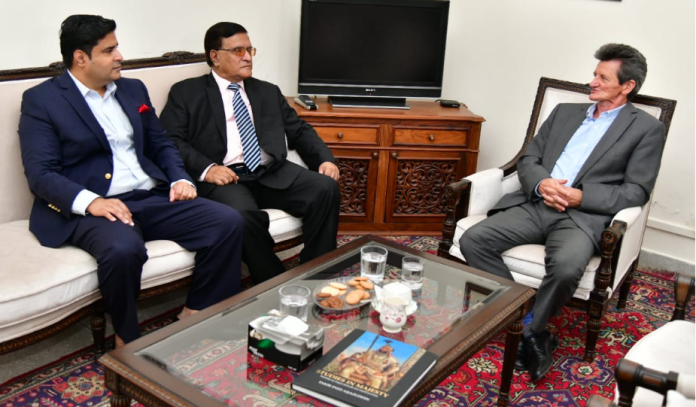 “The two countries have a potential for bilateral trade in a number of sectors that needs to be further explored in addition to work in new areas,” he added.

The ambassador said this in a meeting with former Islamabad Chamber of Commerce and Industry (ICCI) president Zafar Bakhtawari and former ICCI vice president Ahsan Bakhtawari in the Embassy of Hungary, according to a news release issued here.

He said the completion of Gwadar Port would also help Pakistan and other regional countries to be connected in world trade.

It is pertinent to mention here that Pakistan’s economy is set to experience an uptick with the completion of Gwadar Port, which will increase economic and trade links between regional countries in addition to bilateral trade with Central Asian Republics (CARs).

On the occasion, the Hungarian ambassador agreed, in a conversation with senior businessmen, agreed that a direct air flight between Pakistan and Hungary was important, adding that his government was considering it.

He said every year on average around five million Pakistanis visit foreign countries for tourism and trade purposes and that the Hungary’s government was considering this area and wanted to attract tourism.