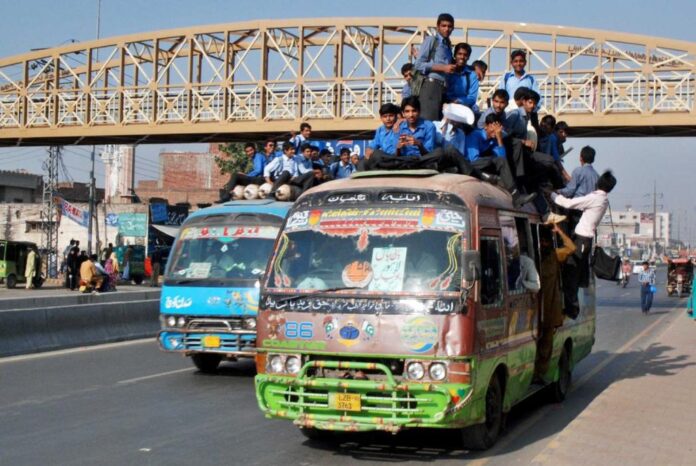 Following the government;s decision to increase petrol prices on Saturday, intercity transporters in Lahore have hiked tickets in response as well by 15 to 20 per cent, various local media sources reported on Sunday.

According to the details, the fares of Lahore to Karachi by bus have been jacked up by Rs200 to Rs3,800 while Lahore to Peshawar commute will cost passengers Rs1,600 after a hike of Rs100.

Similarly, Lahore to Faisalabad fares have been increased by Rs100 and now stand at Rs730 a seat whereas the bus fare for people travelling to Multan from the provincial capital have been jacked to Rs1,230.

Other fares to have seen hikes are, Lahore to Khanewal now at Rs1,100 and Lahore to Hyderabad now at Rs3,600.

The federal government on Saturday raised the price of petrol by Rs10.49 per litre and that of high speed diesel (HSD) by Rs12.44 per litre with immediate effect ostensibly to pass on the impact of higher international market.

According to a notification issued by the Finance Ministry, the new price of petrol, effective from Oct 16, is Rs137.79 per litre while high speed diesel will sell for Rs134.48.

Similarly, the prices of kerosene and light diesel oil (LDO) were increased by Rs10.95 and Rs8.84 per litre respectively. The new price of kerosene is Rs110.26 per litre and that of LDO is Rs108.35 per litre.