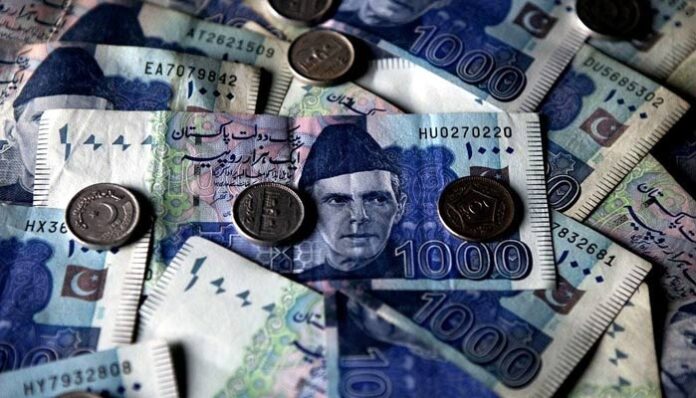 The depreciation of the Pakistani rupee against the US dollar continued on Friday with the local currency losing 0.02 per cent as compared to the previous close on the back of higher demand due to import payments.

The US currency closed at an all-time high against the Pakistan rupee on Friday, settling at Rs174 in the inter-bank market compared to Rs173.96 recorded on Thursday.

At the beginning of this week, the rupee fell to 172.78 against the US dollar, breaching last week’s low of 171.13, amid uncertainty regarding resumption of the International Monetary Fund’s (IMF) $6 billion Extended Fund Facility (EFF).

Since global commodity prices have more than doubled over the past few months, brokerage houses have revised their estimates for the rupee-dollar parity to Rs176-178 by the end of June 2022 compared to their early projection of around Rs170.