The strange case of dost steel 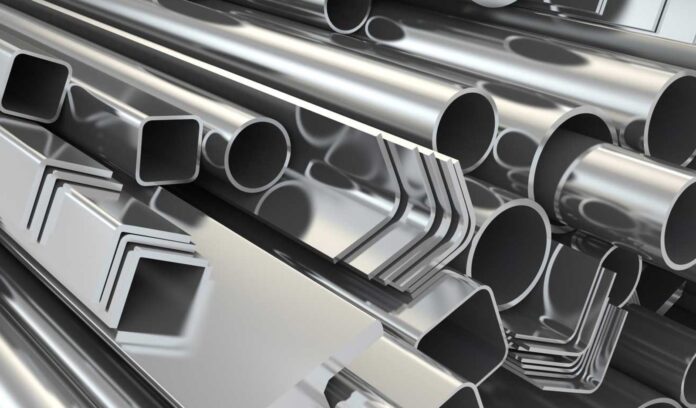 It is hard to see how anyone could find Dost Steels a good investment. If you look at the graph attached with this story, you can see that since listing on the Pakistan Stock Exchange (PSX) in 2007, the company did not produce anything until more than a decade later in 2018 – and then promptly shut down just a year later. It has made a loss every single year since 2007. And in its recently released financial report for the year 2021, it made its third largest loss, at Rs175 million.

So you can imagine that the PSX had a few questions when it saw that the share price of Dost Steel nearly doubled in one day.

On October 18, both Dost Steels financials, and a Letter of Intent dropped. That letter was from Crescent Star Insurance (CSIL), which said that it had sent a letter of intent on October 15 to a group of shareholders – Jamal Iftikhar, and his seven family members – for the entirety of their 24.97% stake in Dost Steels. This was for Rs7.64 per share, and the offer was valid until October 31st. Crucially, the letter was addressed to Jamal Iftikhar and family, at Dost Steels.

On 20 October, Dost Steels sent this letter to the PSX: that the company had been informed by the sponsors (Jamal and his family) that the “LOI sent by CSIL is an unsolicited proposal on its own account, hence the same is not acknowledged by the sponsors of the company”. The sponsors then said that the unusual share price increase was because of CSIL’s actions.

Here is when, CSIL got very annoyed, and decided to produce receipts, as they say, and sent a lengthy letter to the PSX, including a photocopy of a shareholding agreement. Essentially, in 2016, CSIL and the sponsors signed a shareholders agreement whereby Jamal Iftikar and his family members (Jamal is also the CEO of Dost Steel) would own a cumulative 14% of the shares, while CSIL would own 29.83%. According to the latest Dost Steel annual report, they now own 26.6% (that same report does not mention CSIL by name).

According to the letter, Jamal Iftikar and his family have been trying to sell their share of Dost Steel (24.975) for the last two years, and even signed a term sheet on two occasions which was not made public. CSIL sent a letter of intent in buying out the sponsor shares, in order to ‘protect CSIL stake already invested.’

Why would CSIl want to buy out the sponsors? Well because, Dost Steel sponsors – who are also the management – have basically done nothing. According to the letter, “DSL sponsors or current management has continuously failed to present a business plan or strategy if they are willing to to start production of the plant.”

They have a point here. It might be helpful to have come contect ont he company here: Dost Steel was incorporated in March 2004, and then converted into a public limited company from 2006, and listed on the Pakistan Stock Exchange Limited in  2007. Dost Steel manufactures steel, direct reduced iron, sponge iron, hot briquetted iron, carbon steel, pig iron, special alloy steel in different forms. Its head office is in Lahore, while its plant is in Phoolnagar.

It was a tough time to start a steel company. According to Dost Steel, the company “continued in its default of all of its debt obligations caused due to reason beyond its control, one of the basic causes being the international markets turmoil of 2008, which happened at a very critical stage of your company’s life.”

Thus began a long and protracted arguments with banks. Indeed, much of Dost Steel’s history is marked less by the actual production of steel, and more of its dysfunctional relationship with lenders. Consider in 2015, that the Pak Kuwait Investment Company claimed recovery of Rs122.197 million, and that Faysal Bank asked for the recovery  Rs.1,287,947,181.

Things got so bad that year that the Sindh High Court passed an order for the liquidation of the company, based on a petition filed by one of the creditors of the company. In fcat, the only reason Dost Steel still exists is because the Supreme Court of Pakistan accepted the appeal filed by the company’s directors, and dismissed the case.

The company then failed to commence operations, up until February 2018. But the company had been accruing losses for so long, that even the sales it did make never seemed to be able to bring it out of what seemed like a permanent slump. Consider: it made a loss of  Rs88 million in 2014, Rs98 million in 2015, Rs30 million in 2016, Rs81 million in 2017, Rs103 million in 2018, Rs313 million in 2019, and finally, Rs214 million in 2020. It had stopped production altogether in 2019, and its number of employees dropping from 131 in 2019, to just 33 in 2020. By 2020, Dost Steel had accumulated astonishing losses of Rs1,240 million. The liabilities of the company exceeded its current assets by Rs 408 million, and liquid assets by Rs466 million.  The auditors pointed out that Dost Steel had been facing long overdue receivables, unfavorable key financial ratios, and difficulty in complying with the terms of loan agreement with banks.

A company like CSIL meanwhile, watched this trainwreck from the side, wondering what to do. Apparently CSIL has in the past made several offers to broker a third party deal to rescue stakeholders but this did not materialize, because the sponsors insisted in selling their loan and CSIl stake as debt before issuing shares, and due to a complex shareholding system, which means (according to CSIL) they have no choice but to buy out the sponsors.

According to CSIL, they made an advance to a “listed company, not sponsors”. But it claims Dost Steel won’t issue shares because of the sponsors “for the purpose of financial manipulation”.

This story won’t end yet: now after sending a public LOI and explaining their side of the story, a hearing has been set at the Lahore High Court on October 27. Wonder what new photocopies CSIL will bring to that hearing.