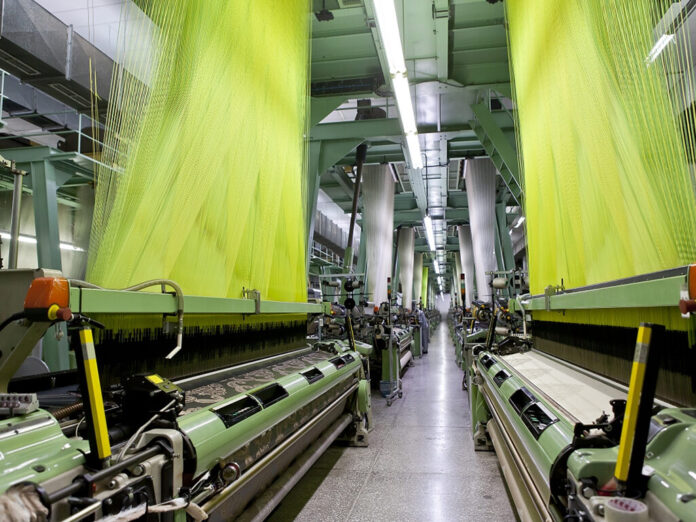 It seems like Kohinoor Textile Mills is set on its upward trajectory. The company recently released its financial results for the first quarter of fiscal year 2022, and to no one’s surprise, it had done well.

And it was enough for others to notice. In a note sent to clients on October 27, AKD Securities research arm noted that Kohinoor Textile Mills was benefitting from growth in textile exports.

Not that Kohinoor has had any trouble figuring out how to make revenue. The mills are one of the oldest companies in Pakistan, having been set up in 1953 by the Saigols. The Saigols were initially farmers from the village Khotian, in Chakwal District in Punjab. It was Sayeed Saigol who decided to pack up hig bags and make something of himself, setting up a shoe shop in Calcutta in the 1930s. That morphed into a rubber shoe factory, called Kohinoor Rubber. Demand for his business soared due to the outbreak of World War II, as the British army needed shoes and coats.

Anticipating partition in the 1940s, Sayeed again packed up, and left for Lyallpur (now Faisalabad). WIth his younger brothers Yousaf and Bashir, they set up the first spinning mill in Faisalabad – Kohinoor Textile Mills, under the umbrella company Kohinoor Industries.

It was to be their flagship company until their much larger investment: the setting up of United Bank in 1958, which is currently Pakistan’s second largest bank. By the 1960s, they had their bank textile mills and investments in printing, sugar mills, and chemicals business. But in the 1970s, nationalization came for their bank, chemicals, ginning and edible oil businesses. Only their textile and sugar mills remained. Various Saigols crop up in different companies , as directors and shareholders, as the company was heavily split up between cousins and family members in the 1970s, with various efforts at consolidation in the decades after.

Today Taufeeq Saigol is the CEO of Kohinoor Textile Mills, while Tariq Saigol is the chairman. It is one of the major textile exporters in the country, with the company’s major trading partners the EU and the US. The principal activity of the company is manufacturing of yarn and cloth, processing and stitching of cloth and trading of textile products. Around 50% of its sales come from spinning, 40% from home textiles, and 10% from weaving. Local sales make up 55% while export sales make up 45%.

The AKD report looked favourably upon the KTML’ recent financials, as it pointed out that there had been robust growth of 27% year-on-year in textile exports generally, because of US apparel demand, and significant rerouting of orders from China and Vietnam due to a massive energy shortage. There had also been broad based growth in the local spinning segment amid higher local yarn margins. And while the rest of the country had complained about the rupee’s depreciation, export facing companies like Kohinoor were benefiting as well. Finally, there had simply been higher than expected cotton production this year.

“We expect KTML to continue the same trajectory of top line growth with fiscal year 2021 2024 CAGR of 10%,” said the report. It likened that growth to that experienced in fiscal year 2021 where all the segments such as home textile, spinning, and weaving had jumped more than 30%.

According to the report, in the long run, Kohinoor Textile Mills would be oriented towards growth in export sales. Already in 2021, home textile sales were at Rs10.2 billion, of which a whopping 48% came from the US (27% from Asia, and 20% from Europe). In the weaving segment, export sales clocked in at Rs2.34 billion with Europe contributing 85.5% of the sales in fiscal year 2021.

“We expect KTML to continue to leverage its strong hold in the US market where (US apparel imports have shot up 28.1% in eight months calendar year 2021, with Pakistan apparel exports to US increased by 66.7% year-on-year),” said the report.

The report also noted that certain federal government benefits were also now kicking in, such as the financing facilities by State Bank of Pakistan under ETF and LTFF with ~3% and 5% interest rates respectively. There had also been a reduction in the turnover tax from 1.5% to 1.25%. There had also been a release of Rs6 billion to help textile exporters to solve liquidity problems.