How do petrol pumps make money?

After all of the hullabaloo surrounding the increase in margins, how does the petrol pump business model even work? 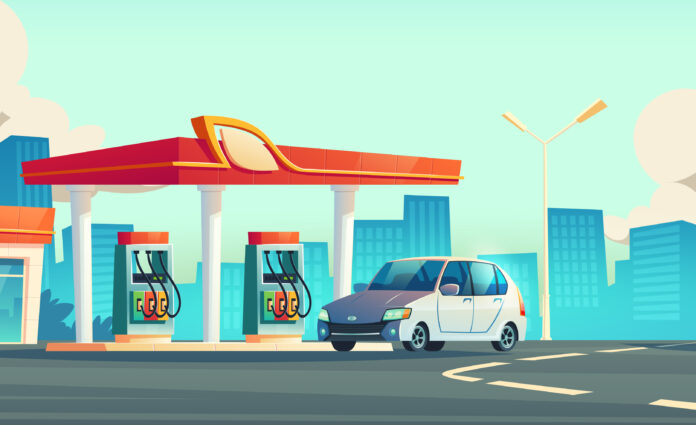 If you’ve been to a petrol pump in Pakistan chances are that you’ve seen a lad working at the pump holding a large wad of cash. As a kid you probably thought that the guy is rich, as an adult you come to realize, the guy probably earns the equivalent of 5 litres of fuel (at current prices) in a day – basically peanuts. But this story isn’t about unfair wages, it has more to do with how fuel pumps earn money.

There are various components that help determine the price of fuel in the country. Dealership margins are the margins a dealer (a pump owner in this case) gets. These used to be in the form of percentages but have been fixed per liter.

The past week, thousands of Pakistanis were stuck in line at fuel pumps in hopes of getting fuel. They couldn’t because the petrol pumps were on strike. The only way one could get fuel was if they managed to find a company operated pump, which are a tiny fraction compared to dealer owned pumps. For an understanding of this, let’s take Karachi as an example where there are only 20 company operated (only PSO and Shell, Gas and Oil Pakistan Ltd (GO), Hascol Petroleum Ltd) pumps, whereas the approximate remaining 480 are dealer operated or belonging to companies that participated in the strike.

The Pakistan Petroleum Dealers Association (PPDA) had announced they would go on a strike from Thursday till an indefinite period to demand an increase in the margin on the sale of petroleum products.

Energy Minister Hammad Azhar reacted to the petrol strike, saying that the government will not accept “illegitimate demands” by certain petroleum dealers.

“The government will not hike prices of petroleum products by Rs9 per litre to appease a few companies,” he said.

In a statement, the Petroleum Division said, “The proposal for a 25pc increase in the margin of dealers will cover all delays in the revision of margin in the past and would also help dealers in mitigating the impact of inflation.”

In 2016 the ECC decided that margins will be revised annually by the amount of average CPI. Period for this average change in 2019, however the rule remained the same. Despite that, over the past five years, the margin was only revised four times for petrol and three times for diesel. There have been threats of strikes every time. The last revision in margins took place in April 2021 which was after a delay of 9 months for Petrol. The government, over the past few months has been delaying the revision stating that the PIDE study would be used as a gauge to revise margins. The study, however, is completed yet the government was still not keen to revise rates. In addition, if you link this to the fuel shortage of June 2020, the government’s relation witl fuel pumps isn’t that great to begin with. While inflation remains a concern and with rising fuel prices internationally the government feels compelled to make the fuel pump owners wait, the fact is, the government needed to be more prudent and deal with the situation better.

The components of petrol price

The price of petrol has various components that combine together and are totaled to reach the ex-depot price, or the price the consumer sees at gas stations.

The base price is the imported price, in the case of oil imports, or the ex-refinery price in the case of domestic oil production. On top of that, there are retailer and freight costs which include the inland freight equalisation margin, OMC profit margins (what PSO, Shell, etc. earn), and dealer commissions (what the petrol pump owners get to make). Lastly, comes the taxation which includes general sales tax and the petroleum development levy.

The next significant addition is the Inland Freight Equalization Margin (IEFM), which is the cost of inland movement incurred by a refinery for the transportation of crude oil from the source to the refinery. It also includes the cost incurred by an OMC while transporting the finished product to various depots across the country. This basically includes all transport costs within the company.

Basically, if this subsidy did not exist, petrol prices would be cheaper in Karachi and more expensive in almost every other part of the country, and especially expensive in Gilgit-Baltistan and Balochistan.

After all of these pricing tools, we finally come to taxes, because the last two additions to the price the consumer sees at the gas station are the general sales tax (GST) and the petroleum development levy.

The GST, as of late, is set at 0% to pass relief on to consumers in light of rising fuel prices globally. However, in the past it was set at 17%. Keeping in mind that it is a ratio rather than an absolute number, it varies with a change in the price of petrol. The levy, on the other hand, is a surcharge and set as an absolute rupee amount per litre, though the government does vary how much it charges under this tax relatively frequently.

It is used as an instrument to bring about stability in the price of petrol by offsetting the impact of drastically changing import prices and costs associated with fuel. The levy, however, is often seen as a political and fiscal tool to either pass on ‘relief’ to consumers during an election year or to generate more revenue in other years. Previously, the levy was priced at Rs15 per litre but it has now been raised to Rs30 per litre.

How do petrol pumps earn?

Petrol pumps can be company owned or dealer owned. Dealer owned petrol pumps are where an individual buys a “franchise” of a petrol pump, follows all legal procedures and sells fuel on behalf of an OMC. They earn through the dealership margin. Petrol pumps earn based on how much fuel they sell. Some pumps also earn on the sale of lubricants and other services such as tyre puncture stations, car wash and service area, stores, etc.

As per Shell Pakistan’s website, “Your income will depend on the type and number of stations you run and their locations, but you can look forward to potential earnings of between PKR 2,500,000 and PKR 3,500,000 per annum from year one (for a single site), with the opportunity for additional earnings if you exceed targets and control your costs.”

While these figures are not guaranteed, if you choose to open a fuel station, the company you sign with will provide the fuel and training. In return for your investment and the time you’re putting in to run the fuel station, you’ll get your margin and possibly a bonus or remuneration against meeting sales targets. While fuel prices do add to the inflation of a country, it is important to note that inflation and cost of doing business has also increased for pump owners.