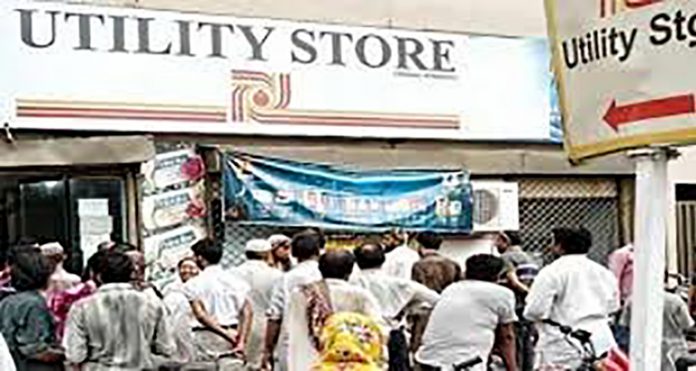 ISLAMABAD: The federal government on Monday released the audit report of expenditures made under COVID-19 related measures, revealing irregularities worth Rs5.24 billion in purchases made by the Utility Stores Corporation (USC).

According to details of the audit released by the Ministry of Finance to meet conditions set by the IMF to resume the stalled loan programme, the Auditor General of Pakistan (AGP) has found irregularities in government interventions to ensure availability of five essential items including sugar, flour, oil and ghee, pulses and rice to be sold through the USC at subsidised rates, in addition to procurement of substandard ghee and edible oil worth Rs1.40 billion, payments to ineligible beneficiaries, and cash withdrawal through fake biometrics.

The report has been displayed on the Finance Ministry’s website after the Fund had made it compulsory for the government to release the report before the transfer of the next $1 billion loan tranche.

The ‘Expenditures incurred on COVID-19 by Federal Government’ report has also highlighted that apart from financial misappropriations and irregularities, officers in the USC procured counterfeit food items that have been graded unfit for human consumption by the Punjab Food Authority (PFA) and other quality standards authorities.

It may be recalled that in the backdrop of the pandemic, the government had launched the Prime Minister’s Relief Package 2020 under which Rs50 billion was released for USC to provide food items at subsidised rates to the vulnerable sections of society.

Earlier, the federal government had also released grants for Rs21 billion between December 2019 and March 2020 for the procurement of five essential items through 3,989 outlets of retail utility stores.

Showing that sugar purchase tenders were split by the USC, the audit highlighted that the loss due to irregular and ill-planned procurement of sugar amounted to Rs1.37 billion.

The report shows that one procurement was made at Rs65.90 per kg by floating a tender in November 2019, while another purchase was made at the rate of Rs78.32 per kg in April.

The USC also made payments worth Rs237.33 million for the transport of sugar without verifying the toll tax and weighbridge receipts from point of origin to the last destination.

Similarly, there is an irregularity worth Rs28.34 million due to the non-replacement of expired and unsaleable stocks by vendors whereas Rs46.87 million seem to been have lost due to irregular arrangement of local transport without an advertisement.

Further, the audit highlights the procurement of ghee and cooking oil worth Rs1.60 billion without competitive tendering process or obtaining competitive rates. Out of this stock, ghee and oil worth Rs1.40 billion that was placed on shelves at USC retail outlets had been declared unfit for human consumption by the PFA.

The audit report states that the USC management neither itself tested the quality of commodities purchased nor were the quality and safety parameters ensured from vendors even though as per USC’s manual, no product can be placed on shelves at any outlet without the provision of PSQCA and ISO certificates by the concerned manufacturer.

The regional managers of USC accepted the shipments of wheat flour and paid Rs1.67 billion during 2019-20 to flour mills without ensuring the prescribed specification in violation of government instructions, the report said.

In another violation, the corporation procured 119,110 bags of 20 kg wheat flour worth Rs95.28 million during January to August, 2020, without conducting any bidding process.

The audit has highlighted that the USC faced a loss Rs322.80 million due to non-observance of prescribed flour specifications as officials ignored the standard for maximum moisture contents in flour at 12 per cent and instead raised it to 14pc whereas the ash content ratio was increased from 2pc to 2.5pc.

The audit has recommended that the matter should be further investigated to fix responsibility for violation of PPRA rules as well as the purchase and sale of substandard items.