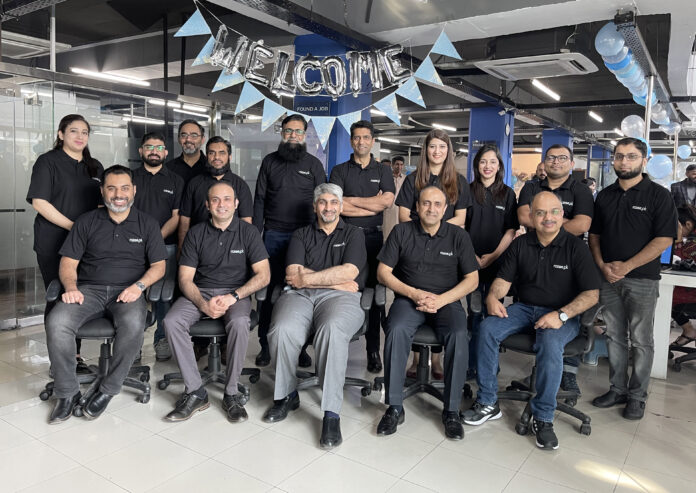 Rozee, a very well-known jobs platform in Pakistan, announced today that Shahid Hosain Kazi will be taking over as the new CEO of the company as Monis Rahman steps down after serving for over a decade as the chief executive officer of the company that he founded in 2008.

Kazi comes in as the CEO as Rozee focuses on providing financial wellness products for employees searching for jobs on the Rozee platform.

“Rozee is Pakistan’s leading digital job marketplace. It also has the largest repository of talent in the country that runs into millions. The opportunity to transition into the financial well-being space is significant. We will be unveiling a lot more details on our vision and precise goals in the weeks to come,” Kazi told Profit.

Why did Monis appoint a new CEO?

Monis founded Rozee and led it to become Pakistan’s first venture capital-funded startup in 2008 and pioneered moving job ads from print to digital in one of the first large-scale transitions in the country to the digital economy. He led it grow to help 10 million professionals with 65,000 hiring managers on its platform.

Monis Rahman, the former CEO of the company said that during COVID, Rozee was forced to rethink and reinvent as companies began laying off, froze hiring and dealt with customers who owed Rozee money but were not able to pay.

“The team dug deep and launched several new products that have really clicked. We launched our social network for blue-collar workers called Rozgar which is growing super fast and has 60,000 self-registered barely literate workers who use it to find jobs,” he said.

Monis added that the company reinvented by launching executive search and headhunting divisions were launched and scaled and Rozee became profitable again after a very difficult period. However, Dukan was also launched during this time and two funding cycles were closed for Finja, of which Monis is a co-founder.

Rahman currently leads Dukan as Co-Founder and CEO, a company he started 8 months ago. Dukan is a full-stack e-commerce operating system digitising MSMEs and their supply chains, currently used by over 300,000 sellers.

“Given all of this, Rozee needs a dedicated focused leadership so we can fully capitalize on the immense opportunity in front of us. While I am stepping down from the CEO role, I am very much involved as chairman of Rozee and will be able to leverage my time even better with a seasoned CEO at the helm who I’ve known for over a decade. We have very ambitious plans for Rozee. Kazi is especially well equipped to take us to the finish line,” says Monis.

The company claims that Rozee is profitable, has been growing 40% year on year, and previously raised a total of $9.5 million in venture capital funding across several rounds.

Monis says that the new CEO will be tasked with transitioning Rozee to a career and financial wellness platform. Shahid Kazi, who has 27 years of experience building and growing financial products for this segment, is therefore the right choice for this role.

According to a company statement, employees need accessible savings products, salary advances, insurance products and more as they grow their salaries and navigate their careers.

“We have a very seasoned management team that has been with Rozee for 12+ years. They are experts at what they do and deeply understand the business. This includes my co-founders since inception, Khalid and Shafiq. Together, with Kazi, this is a winning team. We have been waiting for the digital winds to blow since 2007. The wind is blowing and our time has come,” he said.

Who is Shahid Kazi?

Shahid Kazi joins Rozee from Finca Microfinance Bank where he served as Chief Operating Officer and until recently was also Acting CEO. Kazi has 27 years of digital technology and financial services experience.

While at FINCA, Kazi oversaw the launch of Pakistan’s first smartphone wallet SimSim, built in partnership with Finja, a fintech co-founded by Rahman. Kazi also helped the bank revolutionize loans to small businesses. The average time to disburse a loan was reduced from 7 days to 24 hours by digitizing the bank’s 1,000 person strong field sales team. Previously, Kazi served as SEVP Corporate and Transaction Banking at Habib Metropolitan Bank overseeing a large portfolio of corporate financing and business transaction products.

Rahman will continue to serve as chairman of the board, working with Kazi on strategy and product evolution.

Kazi, Rozee’s incoming CEO added, “I am very excited to join Rozee, which today is Pakistan’s largest platform connecting salaried professionals to corporate clients. Rozee’s mission of enhancing the well-being of hard-working professionals through career and financial wellness is something I am truly passionate about. I very much look forward to working with Monis again to create breakthrough innovation as we have done together in the past.”