Is China eating Pakistan with the FTA?

The trade deficit with China has surged faster than with any other country since the exemptions under the agreement went into effect. 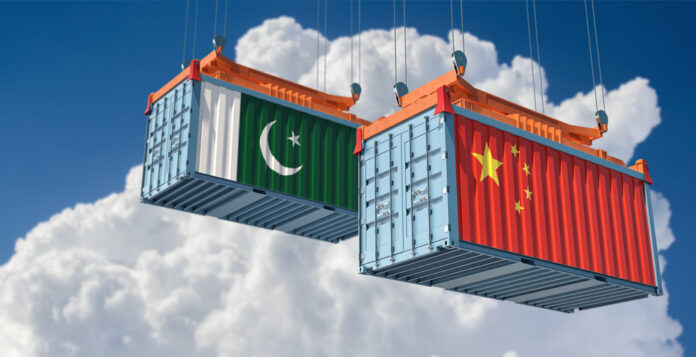 One of the biggest issues with the Pakistani economy is its inability to increase exports compared to the amount of imports we consume. This single issue has led to the massive Balance of Payments crisis the country faces, which has been a major factor in the debasement of the Pakistani Rupee, (yes debased is the appropriate word for what has happened to it).

Our Currency, since FY04, has depreciated by a staggering 1.8x or a CAGR depreciation rate of 6.4%. When compared to peers, this is the one of the highest rates of currency depreciation of any major country in the same development cycle that Pakistan is in.

It seems the government is in the middle of increasing duties on luxury goods and making it difficult for imports of CBU’s of vehicles, the import of food stuff which is produced locally, and chemicals to name a few. All these measures may lead to some imports coming down and may reduce some pressure on the Rupee, but none of this will be a game changer. The results will mostly be cosmetic. We need something big which can perhaps lead to around a reduction of at least in excess of $5 billion or so in imports. The solution? I have no doubt that a renegotiation of the FTA with China or its complete scrapping will do exactly that.

It is surprising that none of the so-called experts have been able to pinpoint who is to blame and where we can get an actual bailout. From the SBP to the Ministry of Commerce Department to the Planning Department to the Govt in power must acknowledge the role that the lop-sided FTA (Free Trade Agreement) signed with China has had. On the face of it this seems difficult to digest however when one delves deeper into numbers we will come to understand how pervasive the destruction has been! What has Pakistan lost due to this?

A weaker currency leads to more outflows, low confidence from foreign investors and huge opportunities for local investors to park their wealth outside the country to reduce their risk of wealth destruction. The local economy also loses as it faces competition not at a similar level of scale: The Chinese govt subsidized a number of utilities for their exporters along with giving them access to cheap credit etc. Their market size is no match to Pakistan’s. So why did we sign this FTA?

The Chinese companies have ASEAN to benefit from while they (Chinese authorities) put up frivolous Non Tariff Barriers to make sure our exporters don’t get the benefit envisaged from. Hence, over the years anything which could or would have been manufactured in Pakistan, the locals started importing from China at a cheaper price. A lot of fake imports or grossly under reported imports also took place where money was moved from Pakistan which resulted in duty evasion (to lower the incidence of taxation and a number of items which would have attracted regular duty were shown as under the FTA esp MDF board, Tiles and a litany of other goods).

This impacted a number of major industries from tile manufacturers to chemical manufacturers, plastic manufacturers etc. It seems over the last 5-7 years Pakistan has been caught in this trap which has led to one thing: lower standard of living for its population! Moreover, we haven’t learnt a thing or the govt in power, The PTI to be exact, doesn’t have the wherewithal to stand up against the Chinese and make sure we are not on the losing end.

The FTA with China was signed in 2006 and the second round of the agreement went into effect on January 1, 2020 when the FBR issued an SRO to exempt 3251 tariff lines covering 6786 goods imported from China from customs duties. Pakistan’s exports before the FTA were, FY04 USD256mn, FY05 USD282mn, FY06 USD412mn, registering growth rates of 33%, 10% and 46%. The imports simultaneously were USD 1.1bn for FY04, USD1.5bn for FY05, USD2.0bn for FY06, registering growth rates 19%, 33%, 31% respectively. Following the FTA in 2006, Pakistan recorded USD547mn worth of exports in FY07 growing at 32%, whereas imports recorded USD 2.3bn, growing 15.4%. After FY07, we saw a free for all in the imports coming from China while our exports did not grow by that much. The trade deficit between the two countries grew by 109% during the FY03 to FY06, after the FTA from FY07 to FY21 it grew by a staggering 535%. This was also responsible for the huge currency depreciation which followed.

Is there anyone from the Ministry of Commerce/SBP even looking at these figures? What are we getting from turning such a blind eye to the Chinese imports and making sure import substitution doesn’t prosper? The recent increases in the SBP policy rate and the tightening which is happening. Can they think of trying to tighten imports from China to reduce the imports and lower our Trade Deficit thereby taking some pressure off the currency? This should also help us have a concerted Make in Pakistan campaign!

With CPEC having materialized majorly, the burden on Pakistan’s imports have significantly increased which was expected to taper off. The imports are projected to increase further, as the remaining projects under CPEC come online. Diversion of Pakistani imports from other countries to China due to lower tariffs, increase in demand for cheap imported raw material and robust demand for cheap Chinese goods have increased Pakistan’s import bill. This is not a sustainable strategy and due to this the local population is severely under pressure. 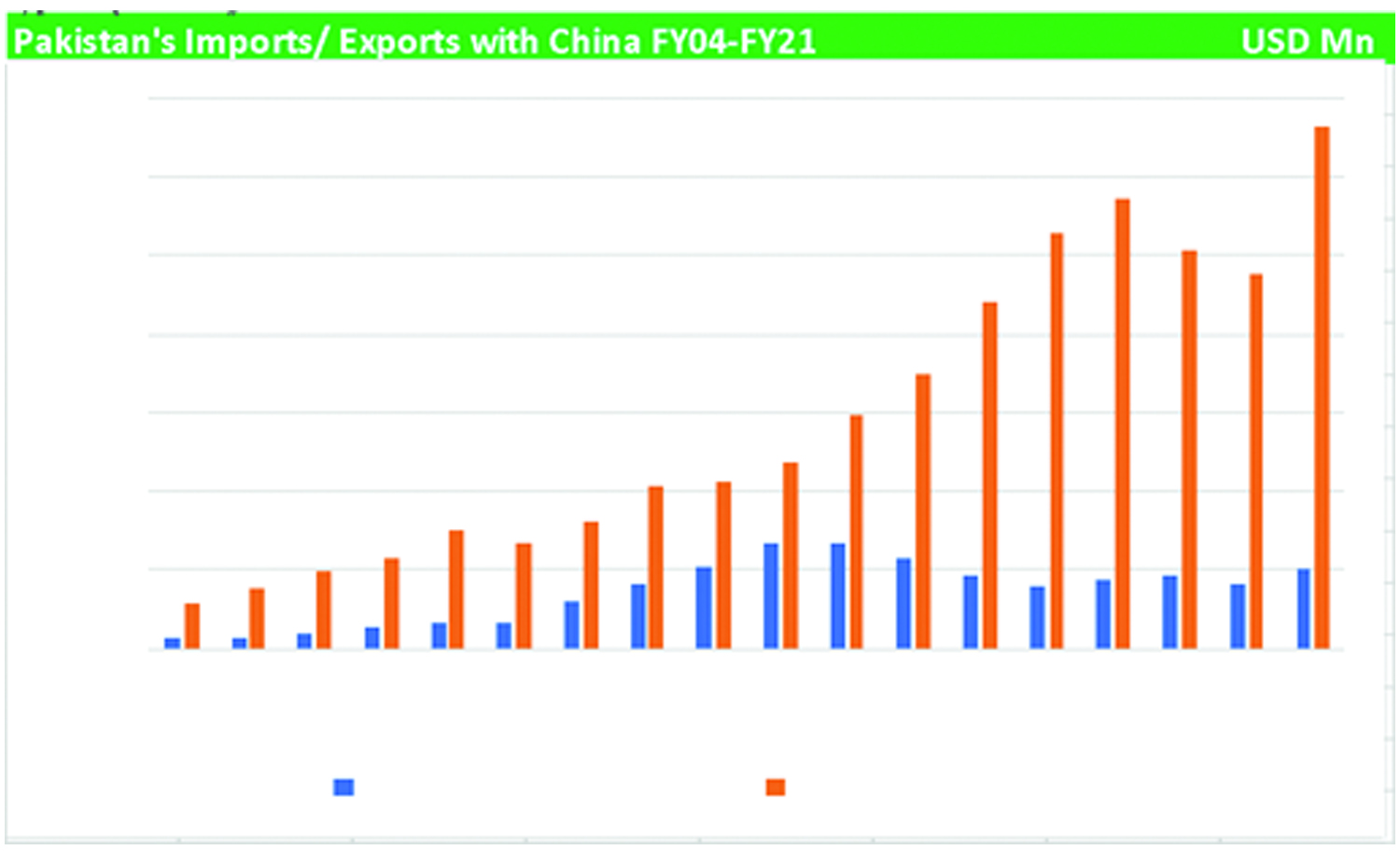 Pakistan’s local SMEs have been losing out, which is evident from the import data released by the State Bank. The data shows that Pakistan is importing finished consumer goods from China due to China’s cost of scale prices. The Pakistani importers keep increasing their margins, at the expense of increased imports. The unavailability of local substitutes in the market further assert this fact. The State Bank in its annual report a few years ago on Pakistan China’s trade, highlighted and as visible from the trade data available by the State Bank that local ceramics, electrical and medical equipment, chipboard, plywood industries have been vastly affected due to cheap imports from China.

One of the main factors that eroded Pakistan’s export market was China’s subsequent and much favorable FTA’s signed with ASEAN countries in 2010-11. This eroded Pakistan’s margin of preference in cotton and rice by East Asian countries, specifically Vietnam. Moreover, Pakistan’s exports have been limited, since China itself has outpaced Pakistan in its exports sector. Textile is the major export of Pakistan, China itself is a major textile powerhouse, this does not give Pakistan room for increased textile exports to China. 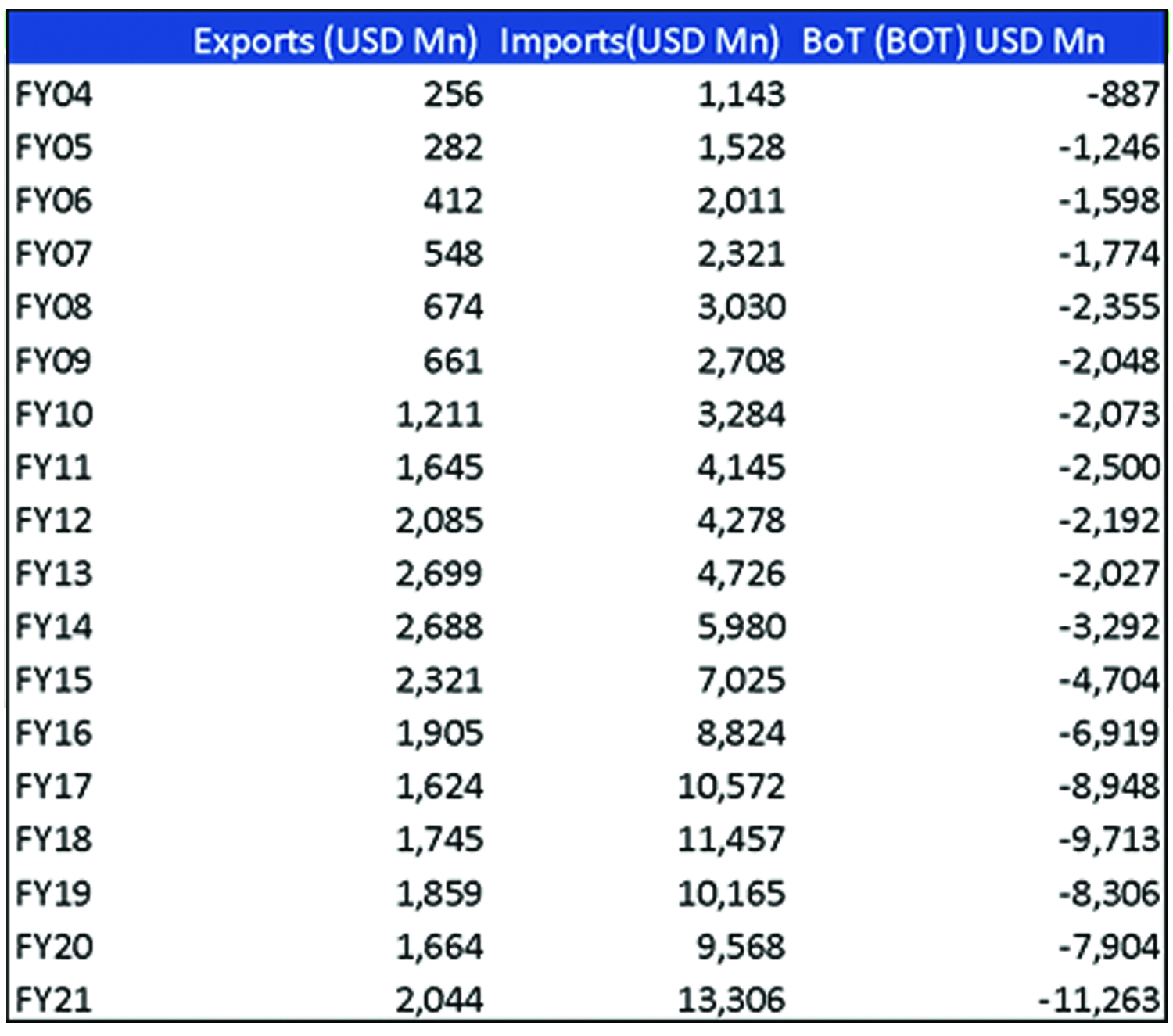 Moreover, Pakistan has failed to realize the potential in China’s export market as the business community in Pakistan resorts to a non-innovative export approach. The recent slowdown in China’s economy is another major factor of lower demand for Pakistani exports. According to the SBP, Pakistani products having greater export potential were given no concession in China’s offer list. Pakistan’s dried fruits exports were tariffed at 25 percent, semi milled rice 65 percent, footwear 24 percent, garments 16 percent. Telephone sets, electronic goods, raw materials were included in the tariff elimination list of China for Pakistan, which discourages the growth of these industries in Pakistan.

Pakistan should immediately undo the FTA signed with China and put up higher Tariffs on Chinese imported goods. We need to completely wean ourselves off the Chinese imports. In the last 10 years alone, we have had a BOT (Balance of Trade) deficit of USD 65bn with China. This is USD 65bn going into Chinese pockets while looking at the loans they have given us it just dwarfs that. We also need to think of only signing FTA with countries on a similar development track than Pakistan is at because if we were to sign with an advanced country then we would have perhaps the same issues.

Suleman Maniya
Suleman Maniya is a Portfolio Manager, Travel Junkie, Avid Sportsman, Public Speaker, Foodie and opinionated. He has a MSc Finance (Gothenburg) in Corporate Valuation with a firm interest in protecting the interests of minority investors/activist investing