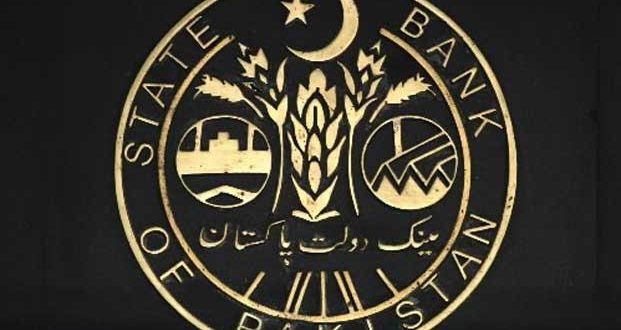 This is in line with the central bank’s plan to improve liquidity management for the IBI and enhance the effectiveness of monetary policy implementation.

“As the size of the Islamic banking industry is increasing, SBP recognizes the need to introduce Shariah compliant liquidity facilities for IBIs,” a SBP press release said.

As per the SBP, this is done “to bring IBIs at par vis-à-vis their conventional counterparts in terms of liquidity management avenues, and to enhance SBP’s tools for managing market’s liquidity as part of its monetary policy objective.”

What tools is the SBP going to use?

Mudarabah contracts are used in inter-bank lending. The borrowing and lending banks negotiate the PLS ratio and contracts may be as short as overnight and as long as one year.

Under the SBP’s MFF, the bank will be the Rabb-ul-Maal, and will provide financing to IBIs on an overnight basis against Shariah compliant collateral. IBIs can obtain MFF against Government of Pakistan Ijara Sukuk (GIS), Obligations of GOP arising from Bai-Muajjal transactions (GOP Bai-Muajjal), Obligations of SBP arising from Bai-Muajjal transactions (SBP Bai-Muajjal), and any other Shariah Compliant SLR eligible security notified by SBP for the purpose, from time to time.

IBIs shall place the funds received from SBP in a special pool consisting of high quality assets. The MFF will be offered at an ‘Expected Rate’ – equivalent to conventional overnight reverse repo rate – based on a Profit Sharing Ratio agreed between the SBP and IBI at the onset of the transaction.

The minimum amount for the MFF will be PKR 100 million, and in multiples of PKR 50 million.

The Expected Rate of Return on MFF will be equal to SBP’s Overnight Reverse Repo (Ceiling) Rate under Interest Rate Corridor Framework, prevailing on the day the facility is availed.

On the settlement date of each financing transaction under MFF, the SBP will debit the IBIs current account to recover the amount of financing and the profit (as per the expected profit rate), and release collateralized/pledged/lien marked securities.

As per the SBP, “On maturity of the MFF transaction, the IBIs will liquidate the pool and shall determine SBP’s share of profit in accordance with Profit Sharing Ratio (as per Mudarabah deal confirmation) in respect of each financing transaction, and intimate the actual profit (amount and rate) to SBP (BSC) Karachi Office. In case of any difference between the actual profit and expected profit, the same shall be adjusted accordingly.”

For this tool, again Mudarabah mode of financing is used. Currently this is only available for injection of liquidity.

The SBP, Rabb-ul-Maal, will announce OMO injections that invite financing requests from eligible participants as and when deemed necessary. Eligible participants can submit up to three bids in a single OMO tenor. The minimum bid amount will be Rs100 million and multiples of Rs50 million

OMOs will be based on a multiple price competitive auction process, where successful bidders will be provided financing on their respective quoted expected rate of return.

SBP would decide the cut-off rate i.e. expected rate at and/or above which SBP would place its funds with successful bidders. The central bank reserves the right to reject all or any of the bids without assigning any reason in the OMOs.

“Similar to conventional OMOs, SBP will be conducting Shariah Compliant OMOs (Injections) based on market liquidity conditions through a multiple price competitive bidding process for tenors as announced by SBP from time to time, against collateral. Once the expected rate of return is finalized through a competitive bidding process, the funds provided by SBP shall be invested in a pool of high quality assets by the respective IBI. SBP and IBI shall agree a Profit Sharing ratio at the onset of the transaction,” said the statement.

The decision to introduce Shariah Compliant tools to enhance liquidity shows how the Islamic Banking and Finance Sector is growing in Pakistan.

“Islamic banking industry in Pakistan has become systemically an important component of the banking industry registering remarkable growth over the last two decades,” said the SBP in its statement.

As of now there are 5 fully Islamic Banks and 17 Conventional banks offering Islamic Banking operations.

As per the SBP, at the end of June 2021, the market share of the Islamic banking industry assets and deposits in the overall banking sector stood at 17% and 18.7% respectively and the branch network of Islamic banking institutions comprised over 3,583 branches and 1,562 windows.

“Introduction of aforesaid liquidity facilities will bring Islamic Banking industry at par with their conventional counterparts and enable them to effectively manage their short-term liquidity. This would strengthen financial intermediation by IBIs and enable them to offer better returns and rates to their customers on deposits and loans. Further, introduction of proposed facilities will also strengthen monetary policy transmission mechanism & enhance the effectiveness of monetary policy implementation by SBP to achieve the ultimate objective of price stability,” said the SBP.