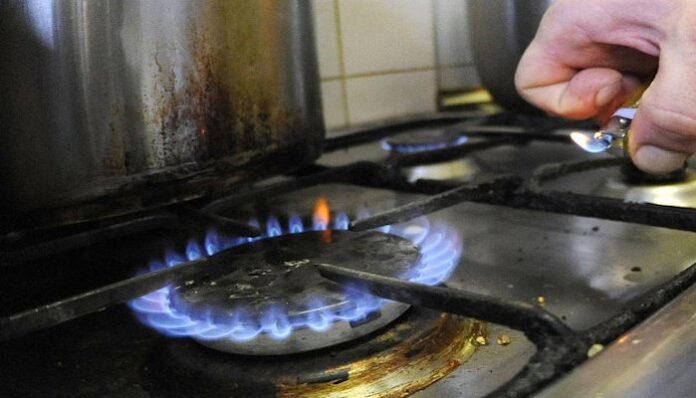 A few weeks back we talked about how fixing prices lead to a market failure regardless of the commodity under consideration.  A peculiar case here is that of natural gas. A molecule of natural gas with its energy content measured in mmbtu (metric million British thermal unit) will generate the same level of energy.  Essentially when a consumer pays for natural gas, they are paying for that energy.  In an optimal scenario, a consumer would prefer the same content of energy at lowest possible price through an efficient delivery mechanism.

In the real world, that efficient delivery mechanism is known as a gas pipeline.  Pakistan has one of the largest natural gas pipeline networks in the world, whether that was a smart infrastructure investment or not is a separate debate, what matters is that an infrastructure already exists.

A natural gas molecule is either extracted from local gas fields, or imported in liquid form, and eventually gasified, and sent through pipelines.  Alternatively, a molecule of gas can also be extracted from Liquified Petroleum Gas (LPG), which is sold in specialized containers. This is pretty straightforward until now.  The paradox is in how natural gas is priced.  On a per mmbtu basis (the most basic unit of energy), gas that is supplied to most domestic customers is in the range of US$ 2 to US$ 5, but if the same gas is imported, the blended cost is US$ 12.37 per mmbtu as per latest notified RLNG price by OGRA.

If we look at prices on a marginal cost basis, importing gas and supplying the same to domestic consumers is a loss making proposition.  Each molecule of gas supplied would result in a loss.  Furthermore, as price is fixed at an unreasonably low level, the demand is much greater than the supply resulting in a shortage, which is further aggravated during winter as demand for heating increases.

In absence of gas availability through pipelines, most domestic consumers substitute gas with LPG.  As per latest prices notified by OGRA, gas available through LPG is priced at US$ 23.75 per mmbtu.  This is essentially at a 91 percent premium to the price of imported gas.  Gas purchased through a LPG container also has safety concerns, while requiring additional time and resources for buying more gas, or simply swapping containers.  The customer is paying a significant premium to get gas, which is greater than 100 percent after adjusting for retailer margin and other costs, even though the same gas can be supplied at market price to the customer, and still be at a substantial discount to the price of LPG.

Through a fixed price, or a price which is hostage to populist measures, the market has evolved in such a manner that an efficient mode of transportation has been superseded by highly inefficient LPG containers.  It is understandable that LPG plays a critical role in supplying gas where pipeline infrastructure isn’t available, but utilization of LPG where pipeline infrastructure is available is just colossal inefficiency.

Gas pricing in the country is probably one of those rare cases where there is a welfare loss for both consumers (who have to pay a higher price for LPG), and producers (who have unutilized infrastructure).  Welfare surplus is for traders and middlemen who are exploiting this arbitrage.  As discussed above, the molecule remains the same, how the same is transported, and how the same is priced is what results in welfare surplus, or loss.

Recently, there has been a push for reform with the Federal Minister for Energy calling for implementation of a Weighted Average Cost of Gas – although a fairly simple mathematical calculation, the political calculus is convoluted.  Resolution of the gas crisis and reversion to consumer surplus would require a national consensus across the board.  Before that can happen, it remains essential the importance of market price, and how the transmission mechanism actually generates consumer surplus is effectively communicated.  Easier said than done, but a complete revamp of gas distribution companies has been long overdue.

The Sui twins operate with precarious financials and substantial unaccounted for gas losses – which are high enough to become the largest consumption category on its own.  As imported gas passes through the pipeline, it is important that wastage is minimal, as any wastage or loss is effectively borne by the consumer through either a higher price, or a shortage.  Policy makers need to decide whether they want a sustainable consumer surplus, or they want a myopic solution where the optics of fixing prices results in a shortage.

Transitioning towards a market-oriented pricing mechanism requires tough political decisions, and one hopes that the incumbent can push the process of reforms forward.  In absence of any reforms or due to delays, the situation will continue to deteriorate, billions of dollars invested in pipeline infrastructure would remain unutilized and become stranded assets.  Consumers will increasingly shift towards utilizing LPG in absence of any other viable option, while gas distribution companies would collapse under their own weight, or become yet another white elephant for an already overburdened national exchequer.  It is time that we let the market find its equilibrium price, and let the policies be tilted towards sustainable consumer surplus, rather than be driven by rose-tinted optics of a fixed price.