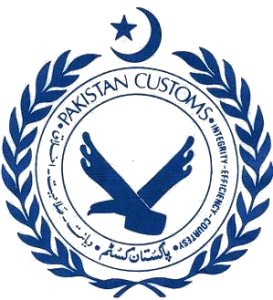 Chairman Federal Board of Revenue (FBR) Dr. Muhammad Ashfaq Ahmed has said that Pakistan Customs is serving as the guardian of Pakistan’s borders against the movement of contraband goods as well as a major revenue contributing agency.

The Chairman FBR in his address extended heartfelt felicitations to the customs fraternity on international customs day January 26, 2022. The theme of this year was to scale up customs digital transformation by embracing a data culture and building a data Ecosystem.

While mentioning about the landmark initiative “Pakistan Single Window”, Chairman FBR stated that after completion, this project would integrate 74 plus government entities and port communities into a single platform which would be a gigantic step towards import and export facilitation and a game changer for trade facilitation in the region.

For further facilitation of ever increasing volume of international trade, the Compliance Risk Management (CRM) Regime has also been strengthened.

The CRM regime is the management of compliant and non-complaint traders based on risk evaluation criteria adding that it has been successfully implemented across Pakistan and covers all types of air, land and sea borne cargoes.

Chairman FBR said that Pakistan customs is handling legitimate annual trade worth more than US$ 80 billion. During the financial year 2020-21, Pakistan customs has shown growth of 20 per cent in collection of customs duty, besides, collecting 45 per cent of the total revenue collected by FBR under the head of all duties and taxes at import stage.

Pakistan Customs being the lead anti-smuggling agency is working proactively to curtail smuggling besides fulfilling its international obligations to stop the movement of illicit goods. Recently adopted counter-smuggling governance model is an excellent example of interagency cooperation which has yielded positive results, thereby boosting government revenue on import stage and local industrialization. While concluding his speech, Chairman FBR hoped that Pakistan customs would continue its efforts to follow the guidelines of WCO to bring advanced technologies to integrate and secure its operations while facilitating all stakeholders.

The Chairman also said that FBR has given Rs160 billion refunds which is unprecedented and will give more refunds to the business community in coming months.