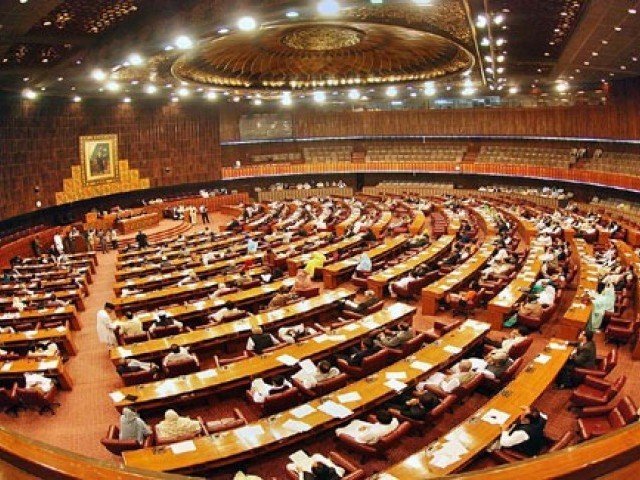 The Upper House of the Parliament, Senate on Friday approved the State Bank of Pakistan (SBP) Amendment Bill on Friday.

The bill has been passed with 44 votes in favor, and 43 votes against.

The SBP Amendment Bill was not included in the agenda shared on Thursday night, however was added to the agenda in the morning.

Previously it was said that the bill would be discussed in the Senate’s Finance Committee. However the meeting was postponed by the Senate Secretariat citing the fifth wave of COVID-19 as a reason. But on Friday morning it was brought before the full Senate for a vote. The rules allow the Senate Chairman to table a Bill without prior discussion in the relevant committee.

It is important to note that Yousuf Raza Gillani, opposition leader in the senate was not present to cast his vote.

With the approval of the Bill, the PTI government has completed all the upfront conditions of the IMF to qualify for the resumption of the suspended loan.

The session was to begin at 10:30 am however, it was delayed by one hour to give time to the opposition and government to muster up their strength before the vote.

Chairman Senate, Sadiq Sanjrani asked why the government was not presenting the bill as it is on the agenda. He also questioned why the senators that were keen on listing the bill in the agenda were not ready to talk about the bill.

An hour later than scheduled, the finance minister, Shaukat Tarin presented it to the house.

In a tweet, Senator Sherry Rehman called this a “midnight agenda”.

A midnight agenda for the Senate’s short Friday session says it all. Govt wants to tell the IMF the parliament passed it but let’s be clear: the entire opposition is against the PTI’s stripping of Pakistan’s own ability to make sovereign decisions in times of national crises. pic.twitter.com/G9N5ALFcRW

The minister for Information and Broadcasting, Fawad Chaudhry, however called this “another success” for the PTI government in a tweet to celebrate the passing of the bill.

Earlier, the IMF on the request of the finance minister postponed the sixth review and now the IMF board would take up Pakistan’s case on February 2, 2022 instead of January 28, 2022.

On Wednesday the finance minister requested the IMF to postpone Pakistan’s sixth review as the SBP amendment Bill is yet to be approved by the Senate. With the passage of the bill, the last of the prior actions required for the review has been completed.