With $13mn in seed funding, NayaPay to roll out payments and messaging platform 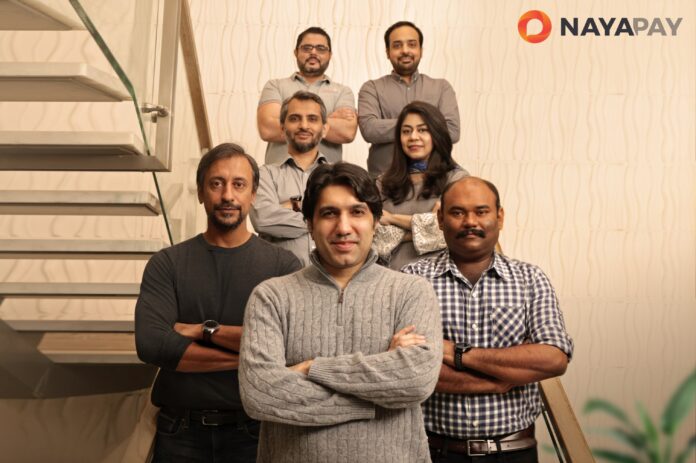 Pakistan-based fintech startup NayaPay has announced raising $13 million in one of the largest seed rounds in South Asia, to roll out its payments and messaging platform, financial management tools and products for small and medium businesses (SMBs).

NayaPay’s round was led by Zayn Capital, global fund manager MSA Novo and early-stage VC Graph Ventures from Silicon Valley. Other investors in the round include Singapore-based Saison Capital, Waleed Saigol’s Maple Leaf Capital and Empower Finance CEO Warren Hogarth also participated in the round, alongside a major investment from the sponsors of the Lakson Group – a Pakistani conglomerate with interests in media, telecom, industrials, financial services as well as controlling stake in Colgate-Palmolive Pakistan and McDonalds Pakistan.

An internal document shared by NayaPay confirmed that the amount raised during the seed round was $13 million.

One of the only two e-money institutions to have received approval for commercial launch from the State Bank, NayaPay is set to roll-out chat-let wallets for consumers and merchants, as well as a SaaS (Software as a Service) based platform called NayaPay Arc which will enable merchants to accept payments via cards and online.

According to Danish Lakhani, the CEO of NayaPay, the functionality of in-app messaging options will lower the learning curve and increase adoption. The functionality will also give context to payments as all communication with respect to payments would be done on a single application.

On the other hand, an ‘omnichannel’ platform will enable merchants to accept payments via POS as well as other online modes such as IBFTs, giving the merchants more choices for payments acceptance, increasing their sales, and eventually increasing network effects for NayaPay. Besides universal payments acceptance, the SaaS-based (Software as a Service) platform called the ‘NayaPay Arc’ will also offer universal payment acceptance and financial management tools for SMBs

“One of the key insights from our research was that digital payments are not picking up because merchants want all the options to accept payments,” Danish Lakhani said. “NayaPay Arc will give them universal payments acceptance and a range of business financial management tools to empower them, give business owners the visibility of their cash flows, pay suppliers and grow sales and eventually help them become part of the formal financial system.”

Through the multipurpose SaaS platform and the messaging-enabled wallet, NayaPay expects to add users rapidly by exploiting the network effects. The fintech startup aims to reach five million NayaPay users in a period of five years

The opportunity for NayaPay and similar wallets is massive because of a large unbanked population. 50 million adults are estimated to be without a bank account and only 33% of the women are banked.

Although a cash economy, the adoption rates towards electronic money are quite rapid. Data from the State Bank of Pakistan (SBP), between the third quarter of 2016 and the fourth quarter of 2020, internet-based payments went up by an annualized average of 70.1 per cent per year.

While these payments account for roughly 1.7 per cent of all transactions in Pakistan right now, the inclination towards digital payments is increasing.

But while NayaPay is going to compete with other wallets like SadaPay and TAG, it will also be competing on the POS acquiring side with some heavily-funded fintech companies like OPay. Nigerian fintech company OPay raised $400 million last year in a round led by SoftBank, which valued the company at $2.2 billion.

On how NayaPay plans to compete on the POS side, Danish said that their focus would be on onboarding small and medium-sized businesses quickly while their competitor, OPay, was mostly focused on the higher end of the market.

“Our strategy would be to onboard merchants fast and give them the acceptance platforms fast. Brazilian fintech company StoneCo for example has the same-day delivery of the POS. That is the sort of strategy we would drive as well and compete. In the long run, we would compete on the two-sided platform strategy,” he said.

NayaPay plans to deploy 150,000 POS machines at merchant outlets in a period of five years.

May 24, 2022
The State Bank of Pakistan (SBP) on Tuesday reduced the consumer financing tenure for vehicles, bringing it down to a maximum of three years...