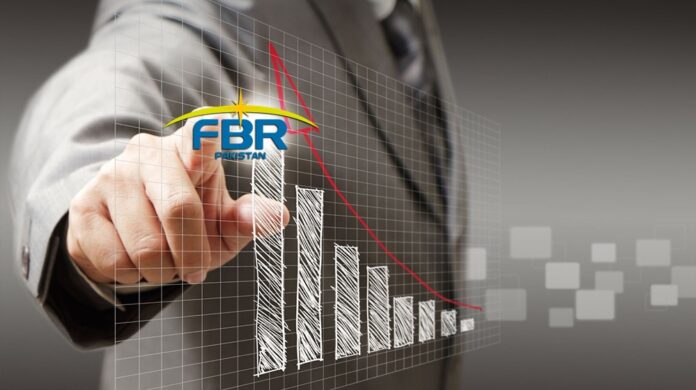 As per the provisional data released by the Federal Board of Revenue (FBR), the tax authority has exceeded the target of Rs3.53 trillion by Rs268 billion and has collected Rs3.79 trillion for the first eight months of the current fiscal year.

The growth in tax collection revenue gives some fiscal space to the government to reduce petroleum and electricity prices and allow tax breaks to the IT sector.

The revenue collection in February stood at Rs443.3 billion, which is Rs2.3 billion higher than the target of Rs441 billion. In comparison to last year, tax collection increased by 29 per cent in February from Rs345 billion to Rs443 billion.

The new revenue target as announced by the government is Rs6.1 trillion. The government had given assurance to the International Monetary Fund (IMF) while preparing the budget for the current year that it will raise Rs5.829 trillion in FY22 against the collection of Rs4.721 trillion done in FY21.

In order to achieve the targets several measures have been taken including withdrawal of Rs343 billion in tax exemptions and increase in withholding tax on vehicles, mobile phones and a tax on entertainment.

During July-February gross collections including refunds and rebates payments increased from Rs3.07 trillion to Rs3.79 trillion in 8MFY22 showing an increase of 23.45 per cent.

Revenue collection through customs showed an increase of 37 per cent from Rs622 billion during 8MFY22 as against Rs454 billion in the last year. The target of revenue collection from customs was Rs567 billion.

Income tax collection during 8MFY22 showed an increase of 1.53 per cent and stood at Rs1.32 trillion as against the target of Rs1.30 trillion.

Sales tax revenue showed an increase of 35 per cent from Rs1.23 trillion to Rs1.66 trillion mainly due to high fuel prices, increase in import bill and increase in overall economic activity in the period under review.

The Federal Excise Duty (FED) missed the target for July to February FY22 by Rs8 billion. The amount collected was Rs197 billion as against Rs173 billion last year.

FBR statement said that the management has adopted a new approach and culture of revenue collection which is focused on collecting fair tax amounts from the taxpayers. FBR’s  fast track process does not hold refunds which in turn solves the cash liquidity problems of the business community and helps in reducing the trust deficit between FBR and businesses.

It is pertinent to mention that FBR has introduced a number of innovative interventions both at policy and operational level with a view to maximize revenue potential through digitization, transparency, and taxpayers’ facilitation.