Committee to recommend fair distribution of water among provinces 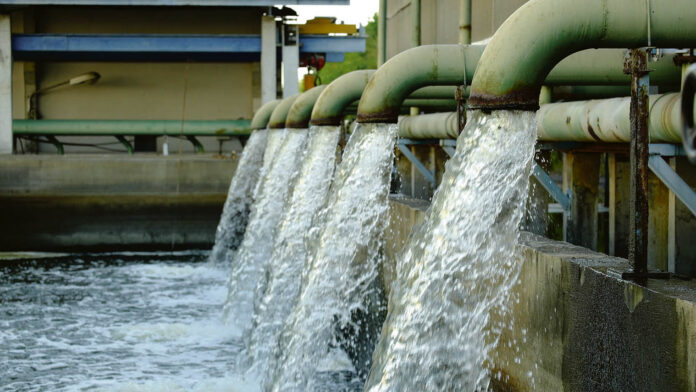 A committee comprising the representatives of the centre, Punjab, and Sindh province has been constituted to remove the serious concerns of provinces and give recommendations regarding the fair distribution of water among the federating units.

Following the suggestions of Minister for Water Resources Syed Khursheed Ahmed Shah, a committee was formed on Thursday during a meeting of National Assembly (NA) Standing Committee on Water Resources.

This committee will gauge the water inflow and outflow positions of Guddu and Sukkur Barrages and their subsidiary canals on Friday while the committee is also tasked to give recommendations regarding fair distribution of water among the federating units.

Briefing the NA Standing Committee on water distribution formula, the Indus River System Authority (IRSA) presented data on the water shortages and said that the country is currently facing an acute water shortage of 38 percent against the projected shortage of 22 percent while Sindh and Punjab are facing a severe shortage of water for the cultivation of Kharif crops.

According to IRSA, the inflows of the Indus from 1 to 30 April at Tarbela were 13 percent less, 1.831 MAF from the expected flows of 2.102 MAF, whereas the inflows of the Kabul had declined by 46 percent, Mangla by 44 percent, and the Chenab by 48 percent.

The actual inflows during this period were recorded at 5.350 MAF as compared to the projected 8.590 MAF, showing a shortage of 38 percent, the IRSA informed the NA Standing Committee on Water Resources.

The IRSA also informed that countrywide rainfall in April 2022 was 74 percent below normal and was ranked as the second driest month since 1961. The rainfall in April remained below normal all over the country. Punjab received 89 percent, Khyber Pakhtunkhwa (KP) 79 percent, Balochistan 79 percent, Azad Jammu and Kashmir (AJK) 56 percent, and GB 51 percent. The IRSA also mentioned that the massive reduction in the inflows from the Kabul River was unexpected.

Responding to a point of order in the NA session raised by several members of National Assembly about shortage of water in Sindh and Punjab provinces, Minister for Water Resources Syed Khursheed Ahmed Shah said that the country is facing water shortage problem and tail areas of Sindh and Punjab are among the more sufferers. He said that the water shortage situation would improve by June 15. He assured that all the provinces will be given water as per their share while water shortage will also be shared with the provinces accordingly. He also requested the Punjab government to provide upto 300 cusecs of water to the Cholistan areas of south Punjab from its share.

It is pertinent to mention that there was a heated debate between the Members of IRSA from Punjab and Sindh regarding the water shortages in their provinces and also about the mechanism for water distribution and the water shortage in both provinces.