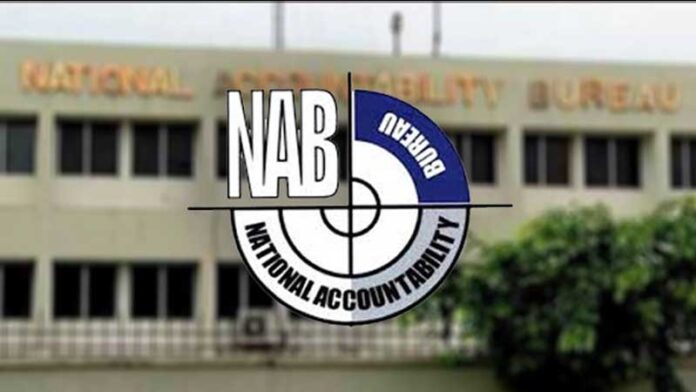 The National Assembly (NA) on Thursday passed with a majority vote for amendments to the National Accountability Ordinance, 1999 (NAO) under which NAB would be bound to ensure availability of evidence prior to arrest.

As per details, federal law minister Azam Nazeer Tarar presented the bill in NA seeking amendments in the National Accountability Ordinance, 1999 (NAO). After which the NA passed the NAB amendment bill with a majority vote.

Similarly, the process to appoint a new chairman would begin two months prior to the retirement of the incumbent chairman and would be completed in 40 days, according to the bill. Likewise, if the prime minister and leader of the opposition are unable to agree on an appointee, the matter would be referred to the parliamentary committee. Furthermore, the parliamentary committee would then finalise the name for a new chairman within 30 days.

As per the bill, the bill also limits the accountability watchdog’s powers, removing federal and provincial tax matters from its domain as well as financial irregularities in any development project. In addition, the NAB would not be able to take action on any regulatory body’s decisions.

This NAB amendment bill further states that judges would be appointed in accountability courts for a three-year period and the relevant high court ‘s chief justice should be consulted for their removal. The courts would have to decide cases within a year.

Furthermore, the NAB would have to begin an investigation on a complaint within six months and present an arrested person before an accountability court within 24 hours. The anti-graft watchdog would have to ensure the availability of evidence prior to the arrest.

The period of remand would also be reduced from 90 days to 14 days. If convicted, a person would be able to file an appeal till 30 days instead of 10 days previously.

The bill is likely to be sent to the Senate tomorrow.

The federal law Minister Azam Nazeer Tarar while speaking about the NAB law said NAB had been used to influence politicians and added that judges had also said that the NAB was used to corner politicians.

Well-informed sources said that this Act will be called the National Accountability (Amendment) Act, 2022 while it shall come into force at once and shall be deemed to have come into force from the 1st day of January 1985 and it will extend to the whole of Pakistan. Similarly, this Act shall apply to all persons, including those who are or have been in the service of Pakistan, wherever they may be. Likewise, the provisions of this Act shall not apply to transactions and persons related thereto if the subject matter thereof and/or loss to the Federal Government or a Provincial Government, as the case may be, is less than Pak Rupees Five Hundred Million and shall not, in any case, apply to

(a) transactions and matters pertaining to Federal or Provincial taxation, duties, levies or imposts, by whatever name called;

(b) matters, including incidental matters, which have been decided by, or fall within the jurisdiction of a regulatory body established under a Federal or Provincial law; or

(c) decisions of the Federal or Provincial Cabinet, ECC, CCI, ECNEC, or any other policy-making statutory body established under the Constitution,

(d) a transaction or subject matter not involving any property, funds or fiscal interest of the federal or provincial government.

The Prosecutor General Accountability may resign from his office by writing under his hand addressed to the President.

The Prosecutor General Accountability shall not be removed from office except by the President on the grounds of removal of a Judge of the Supreme Court of Pakistan.

As per proposed amendments in NAB ordinance, corruption and corrupt practices committed by companies or other body corporate- where a person committing an offence under this act is a company or other body corporate, every person who, at the time the offence was committed, was responsible for such an offence shall be guilty of the offence and liable to be proceeded against and be punished accordingly.

During the course of an inquiry or investigation any property of an accused moveable or immoveable, shall not be placed under any caution or restraint unless the same is sanctioned by the court of competent jurisdiction and the court is satisfied that upon there appearing there exist reasonable grounds for believing that the accused has committed an offence under this ordinance and the property in question is an outcome of the same and that the accused is likely to dispose of the whole or any part of the property.

“Provided, however, that NAB shall not conduct any inquiry or investigation or file any reference for an alleged offence after the passing of five years from the date of the transaction or act constituting the offence.”

The provisions of the Civil Servants Act, 1973 (LXXI of 1973) shall apply to the persons appointed in or employed by the NAB.

The Chairman NAB, through Federal Public Service Commission, may appoint advisers, consultants and experts, on payment of such fee or remuneration as may be prescribed to assist him in performing the functions of the NAB and the discharge of his duties under this Ordinance.”

The Annual Report shall be placed before both Houses of Parliament for discussion and consideration.

No official of NAB, in any capacity, shall make any statement in public or to the media or leak any information regarding persons involved in any inquiry or investigation conducted by NAB until a reference has been filed against such persons; and whoever contravenes the provisions of section 33F shall be punished with imprisonment for a term which may extend to one year but shall not be less than one month in any case and with a fine of one million rupees.

Any person may file a complaint or bring a suit against any officer of NAB for physical torture or harassment caused by NAB officers or for falsely implicating any person, exaggerating or fabricating charges or evidence in the matter.

All orders, judgments and sentences passed under the National Accountability Ordinance, 1999 which have become final and in respect of which no proceedings or appeals are pending in any court including the High Court or the Supreme Court as on the date of promulgation of this Act shall, notwithstanding the provisions of this Act, be deemed to have been validly made and passed.