A cruel summer ahead

There are lessons that we can take from the past. 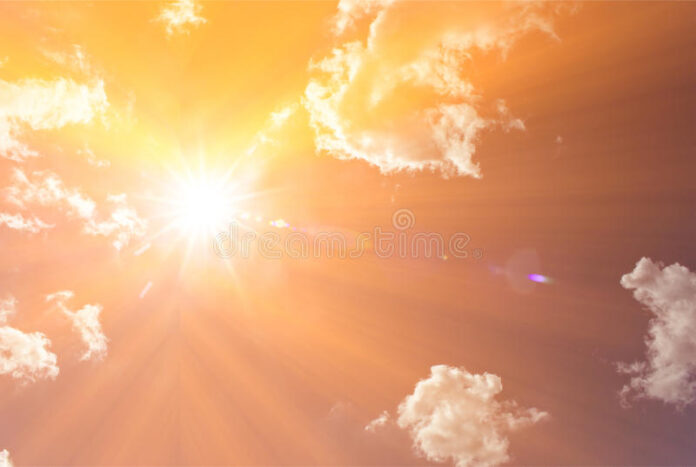 Two successive governments after months of inaction, and more than PKR 350 billion in subsidies to encourage demand in a constrained supply environment have finally taken policy decisions to cut back on subsidies, and eventually move pricing of petrol, and diesel at market parity.  Any further delay could have led to a situation where we may not have enough reserves to even buy fuel resulting in shortages, supply chain disruptions, and potentially civil unrest.

The decision to increase the price of petrol by 40 percent within a span of a few weeks is going to rip through inflation, through both direct, and second-round effects as producers reprice goods, and consumers adjust their consumption basket.  The adjustment will be painful, but quick decisive action would ensure that the pain can be managed, rather than be catastrophic in case of inaction.  Latest numbers for the Sensitive Price Index demonstrate that the basket of essential goods has increased by 2 percent on a week-on-week basis, and increased by 20 percent on a year-on-year basis.   The same will now become a recurring trend, as the price increases are cascaded through the value chain.

In the first round, the direct impact of increase in fuel prices would be quickly repriced, as transport, logistics, and energy services are repriced.  Once direct repricing is done, producers will reprice goods as overall cost of production would increase due to higher energy costs.  Repricing may not be a direct pass-through, some producers may absorb certain costs, while others may resort to shrinking packages and hide direct inflation under the guise of shrinkflation, and so on.  The second-round effects of inflation would take six to eight months to materialize.  Consumers would adjust their consumption basket, as wages adjust with a lag.  If the recent past provides some guidance then we may see elevated inflation levels for nine to twelve months till a high base effect kicks in.

Pakistan faced a similar crisis in 2008, preceding which petrol prices were fixed at an arbitrary number for the longest time, seeding the multi-headed hydra known as circular debt, which continues to be a considerably bigger problem fourteen years later.  As the global financial crisis kicked in, and oil prices increased to more than US$ 150 per barrel, it was fiscally not sustainable to maintain petrol prices at an arbitrary level, which led to an increase in prices at the pump, depreciation of the PKR, and a painful adjustment process.  The monthly inflation for May-08 was 19.2 percent on a year-on-year basis, which kept on increasing, reaching a peak of 25 percent in Oct-08, till it started tapering off due to high base effect, while reaching single-digit inflation by Oct-09.  The adjustment process was essentially eighteen months long as the high-growth consumption driven era of the mid 2000s came to an end. 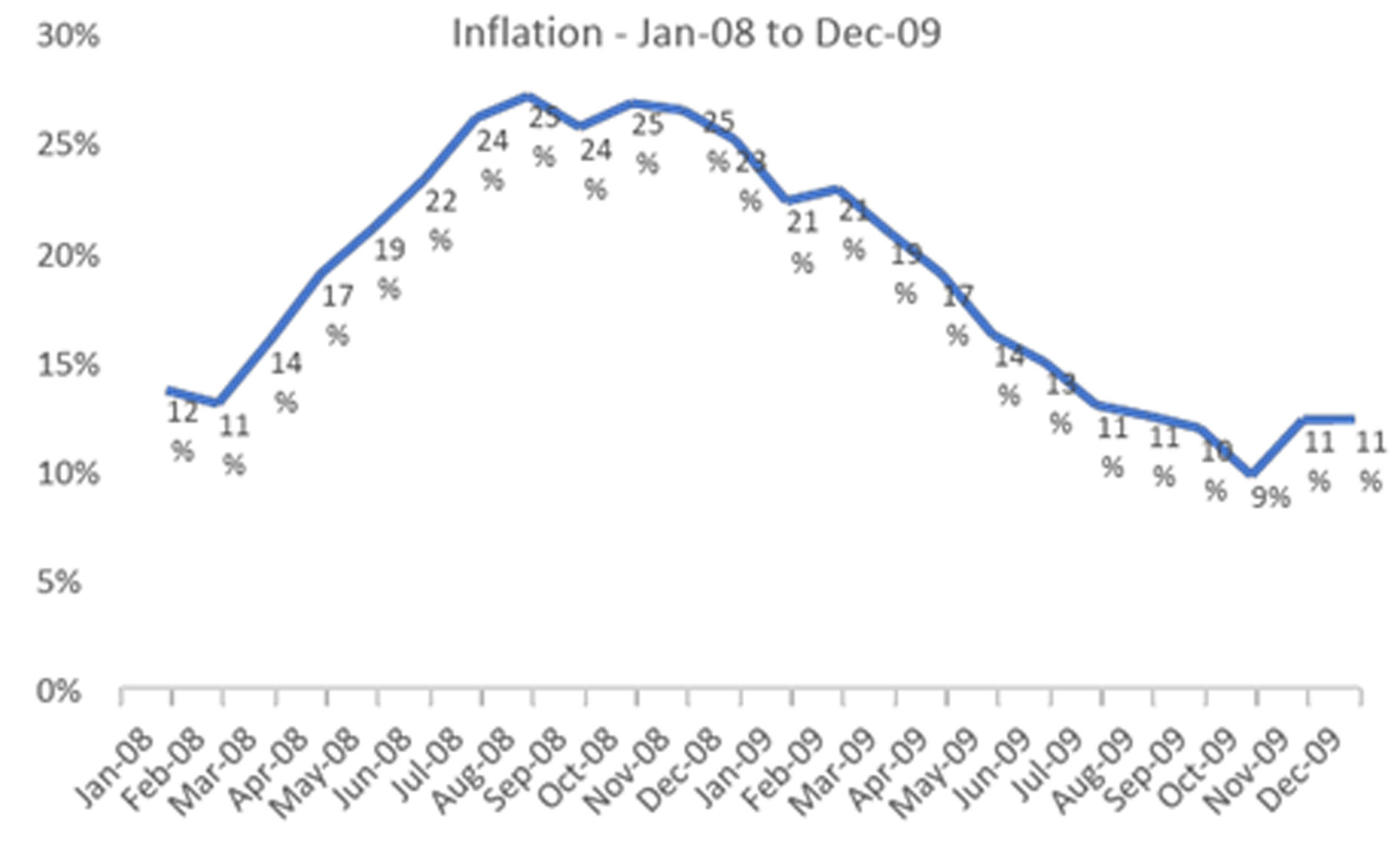 In present circumstances, where commodity prices have been on a tear for the last eighteen months globally, and are not showing any signs of cooling off, the worst may be yet to come and energy continues to be repriced.  During the next three quarters, we may see inflation exceeding the 20 percent mark for a few months, before tapering off by the second quarter of 2023.  Monetary tightening may continue, although we may reach peak rates soon unless policy makers continue with an expansionary fiscal policy fueled by debt, which would lead to expansion in the monetary base, and more spiraling inflation.

The last time inflation exceeded 20 percent, it provided an opportunity to re-evaluate the country’s dependence on imported sources of energy.  However, staying true to the national ethos of never learning from experiences, we did not decrease reliance on imported fuel, but increased it further.  The real estate sprawl that followed 2008 accompanied by an increasing reliance on both imported oil and gas without giving any due consideration to creating an integrated public transit infrastructure, and an efficient logistics network – our consumption of imported energy increased multifold, and so did the energy intensity of our GDP.

The crisis that is about to unfold will provide an opportunity to rethink transport, and to rethink the integrated energy mix.  The crisis is an opportunity to finally reshape the way energy is consumed in the country.  One hopes that Groundhog Day will not be repeated, and we can see actual policy changes through political consensus, rather than using band-aids to move from one crisis to another.

Since January 2019, Pakistan has had a cumulative inflation of 67.4% as measured by the Consumer Price Index. Prices of some items may have...
Read more
COMMENT

After narrowly scoring a visa right before the IMF and World Bank Group Annual Meetings 2022 were due to begin, I found myself in...
Read more
COMMENT

Pakistan is no stranger to debt. It currently has a total debt of Rs 50 trillion, of which roughly Rs 33 trillion is domestic...
Read more
COMMENT

The current electricity strategy pursued by the Government under the garb of reforms is not in the best interest of the sector. With rising...
Read more