Yes the banks are being greedy here. But then again, they’re banks. They’re supposed to be greedy 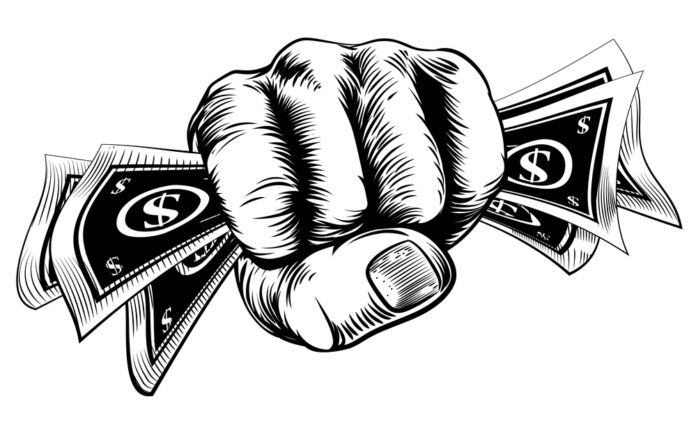 You see, when a person abroad sends their family money, it simply drops into your account in a breeze. But if you are, say for example, an independent contractor working for a foreign organisation like the World Bank, and they send you an international payment for a report you have written for them – it’ll take at least a few days for the money to get to you, and may even take weeks!

And during those few days or few weeks, your money is safely parked at your bank. Except the bank is not just waiting for your money to be ready so they can send it to you, they are keeping it and earning an interest on it. Because there is plenty of this money coming in, they end up making a pretty penny basically for doing nothing.

While this may sound a little scam-ish, there are reasons behind why this happens. International payments for services are not as easy breezy and tension free as remittances because banking channels require bureaucratic checks and balances. At times, they may even ask you to provide some documentary evidence to show why someone is sending you this money.

Why are banks being clingy?

The first question might, how much could banks possibly make off of this? For simplicity, let us say the money coming in on a certain day is $10 million and that banks keep these with them for an unnecessary period of 5 days on average.

If the yield on the dollar lending is 1.5%, banks earn $0.75mn off just holding the amount for a 5 day period. That is equivalent to $54.75 mn for the whole year. It is important to point out that the assumption of a 1.5% yield is much lower than what it usually is.

This is not all. The rate at which you get your inward remittance is usually lower than the interbank buying and selling rates. Let’s say the bank manages to charge you Rs 1 extra spread on buying and selling. This gives the bank the opportunity to earn $10 mn a day, or Rs 3650 mn a year.

The total earning of a bank through holding your money and through giving you a lower rate is equivalent to $54.75 mn + Rs 3650mn. Again, this is just an example. The reason we are not calculating this on total remittances is because if sent through RDA they are instantaneous, while other methods are also almost immediate. This concern primarily lies for individuals getting paid for services they’re providing abroad.

So it’s not a scam but not entirely right either?

As we mentioned before, this may seem a bit like a scam. And to be fair, it really isn’t a scam. A scam would be if the bank didn’t give you all your money. Another example of a bank engaging in a scam would be bancassurance, but that of course is best left for another day.

What it is, is inconvenient and a trick of the trade for the banks. Sometimes banks hold this money due to stringent compliance measures. Banks often ask for SWIFT instructions to trace the funds.

Sometimes the transaction is not as simple. Because of the international banking network, at times up to four banks can be involved in a single transfer. However, with technology and digital payments working instantaneously, this does pose questions.

A source at the FX desk of a bank explains, “Sometimes this is done to trace funds, while sometimes banks hold onto the transaction to buy two to three days to make a quick buck.”

While speaking to profit, an individual with a similar problem explained, “I’m a lawyer and get paid for legal services from international clients. Sometimes my payments are withheld unnecessarily long. Sometimes I respond with a threat to a legal notice. As a result, the funds are remitted the following day. It is all about pressure and leverage.”

This position of leverage is not a standalone event.

“My branch staff knows that I know the CEO of the bank. I have never threatened to talk to him directly, but they are still scared. It works for me, because I get my funds immediately. In case of any delay, I get a call from the branch manager or operations manager apologising to me and repeatedly asking if I’m disappointed or angry. I didn’t know that service depends on that.”

However, it is also important to note that banks can hold funds for a maximum duration of 2 weeks. A source at the treasury of a leading bank explains, “banks are banks. You can’t expect them to not be greedy. They want to make money off everything they possibly can.” That does make sense. Expecting a bank to not be greedy is like expecting a great white shark to be vegan.

Can the regulator do anything?

However, this poses a question towards the regulator, the State Bank of Pakistan (SBP). It is the SBP’s job to make sure the banking experience for customers is safe and hassle free. Ofcourse, they can’t penalise banks for carrying out their due diligence, especially in wake of the FATF watch, however, they can make note of when these “checks” are just a form of nuisance that helps drive profits.

The source further explains, “In light of the SBP pushing banks to incur FX losses in order to bring the exchange rate down on the behest of the government; we may see banks trying to cover up these losses through earning off the FX spread by holding your funds.” The source adds, “The SBP may even continue to turn a blind eye to it, considering the position the SBP is in.”