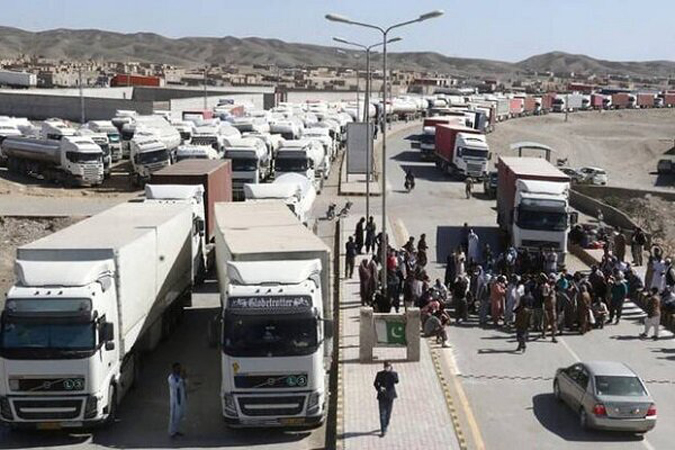 ISLAMABAD: Pakistan and Iran on Tuesday operationalised the trade mechanism across their shared border, Profit has learnt.

In this regard, while addressing a press conference, Minister of National Food Security and Research Tariq Bashir Cheema claimed that full-fledged barter trade will resume in December. “The minister said that all barriers on the transit trade have been abolished,” he added.

As an experimental trial, an apple from Iran will hit the market soon. Through the trade mechanism Pakistan will export one million tonnes of rice to Iran. Pakistan also exports kinnow and other products to Iran.

Due to various US/ international sanctions imposed on Iran, Pakistani banks have been reluctant in opening letters of credit (LC) for export to Iran despite the repeated appeal on the part of exporters and traders of the country.

The absence of a credible payment mechanism remains the major irritant in the way of Pakistan-Iran trade. International sanctions, particularly those imposed by the US and European Union in 2010, targeted Iran’s banks. The sanctions prevented Pakistani banks from doing business with their Iranian counterparts including the opening of LCs, which is the most credible method for carrying out international trade transactions.

Trade was conducted through alternative payment mechanisms of limited scope, such as cash and to a certain extent through barter.

Earlier, Foreign Minister Bilawal Bhutto Zardari during his visit to Tehran had claimed that the two countries have come closer to resolve one of the major obstacles in the expansion of bilateral trade through operationalising the barter trade mechanism.

Speaking at a joint news conference with his Iranian counterpart in Tehran, Foreign Minister Hossein Amir Abdollahian, Bilawal emphasised the need for formalisation of the cross-border exchanges through opening of new border crossings.

As per the minister the promotion of trade through border marketplaces were the measures of their shared commitment to provide opportunities for enhanced economic and commercial activities.

It may be added here that Pakistan has a narrow export basket to Iran, as 63 percent of the exports comprised rice alone. A preferential trade agreement (PTA) was signed with Iran in 2006. Tariff concessions were granted to Iran on 309 tariff lines whereas Pakistan was given concessions on 338 tariff lines. Major sectors covered under the PTA include rice, fruits, cotton, cotton yarn, pharmaceutical products and cutlery.

In 2017, both sides decided to finalise the proposed FTA by November that year. The trade negotiating committee of both countries held two rounds of discussions on the FTA when it was projected that the agreement would increase bilateral trade from $300 million in 2016 to $5 billion by 2021. However, unavailability of a payment mechanism casts a shadow on the viability of a much-awaited agreement.

While Iran has about 959 joint border crossings with Pakistan, it remains to be seen how many border crossings will be declared for trade. Under the existing trade regime, bilateral trade, as per statistics, is slightly in favor of Tehran.