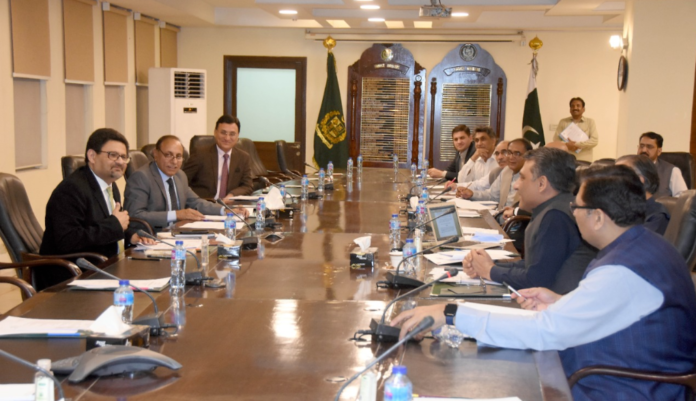 ISLAMABAD: The Economic Coordination Committee (ECC) of the Cabinet on Wednesday approved the same tariff rationalisation for K-Electric (KE) as the rest of the country.

Sources said that the Ministry of Power had proposed an increase of Rs1.55 per unit tariff for all the consumers of XWDISCOs whereas NEPRA, vide its determinations for XWDICOs dated June 16, has determined a periodic adjustment in the tariff for Q2FY22.

In light of this determination, the authority recommended a uniform rate to be billed to consumers during Q2FY22.

In accordance with the National Electricity Policy, 2021, the government may maintain a uniform consumer-end tariff for K-Electric and state-owned distribution companies even after privatisation, through the incorporation of direct and indirect subsidies, it was stated.

Moreover, NEPRA may also be approached to issue a revised schedule of tariff determined for the quarter from January to March Q3FY22. Such adjustments shall be applicable on the consumption of July, August and September which will be recovered from consumers in August, September and October, respectively.

Moreover, the ECC approved the same tariff rationalization for K-Electric as the rest of the country.

Meanwhile, the Ministry of National Food Security and Research tabled a summary on urgent advice relating to the award of 3rd International Wheat Tender 2022 opened on July 18. After discussion, the meeting approved the lowest bid offered by M/s Vittera B.V / Marine International @ $404.86/MT for 120,000 MT on CFR bulk at sight L/C basis. The TCP was allowed to match the tender quantity of 300,000 MT.

The Ministry of Industries and Production submitted a summary seeking authorisation for TCP so that it may sign an agreement with Chinese firms for the import of 200 KMT urea from M/s Sinochem Fertilizer and M/s CNAMPGC at negotiated rate of $500/MT (FoB) on 90 days deferred payment with markup basis.

The ECC approved the summary subject to discussion and decision in the Cabinet regarding the allocation of Rs22 billion for this import with $100 million as exchange cover, which has not been allocated in to FY23’s budget.

The Ministry of Energy (Petroleum Division) tabled a summary on the rate of petroleum levy on Liquefied Petroleum Gas (LPG) which was returned reconsideration.