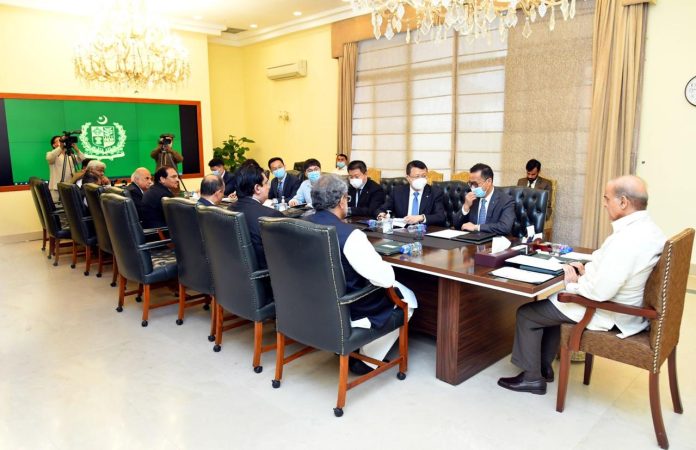 ISLAMABAD: Prime Minister Shehbaz Sharif on Wednesday said that the present government was making rapid progress to complete the Thar Coal Power Project by the first quarter of 2023 for which as many as 7,000 local people have been employed.

The PM said that the Thar Coal Power Project, which was supposed to be completed a long time ago, was deliberately stalled by the government of prime minister Imran Khan. “With its completion, the project would generate 1,320 MW of electricity from local coal,” he added.

However, he added that he has now tasked Special Representative Zafaruddin Mehmood and Additional Secretary Nadeem Chaudhry to provide assistance for the early completion of Thar Coal Project by Shanghai Electric.

Speaking on the occasion, Shehbaz vowed to oversee the early completion of ongoing development projects being carried out by Chinese companies in Pakistan. “My government will take all necessary steps to ensure the security of engineers and staffers of Chinese companies working in Pakistan,” he added.

He said the China-Pakistan Economic Corridor (CPEC) was playing an important role in the development of Pakistan and said that the government was eyeing increased cooperation and investment with Chinese companies.

PM Shehbaz said the entire nation was grateful to Chinese President Xi Jinping as well as the Chinese leadership for helping Pakistan in difficult times.

Welcoming the interest of Shanghai Electric to make further investments in the generation, transmission, and distribution of electricity in Pakistan, PM Shehbaz said that Chinese cooperation and investment has led to an improvements in Pakistan’s infrastructure, public transport, and power crisis.

He commended the assurance given by the Chinese companies to ensure the completion of projects in Pakistan at a fast pace.