Trade deficit for the outgoing month reduced to $2.64bn compared to $4.96bn in the preceding month 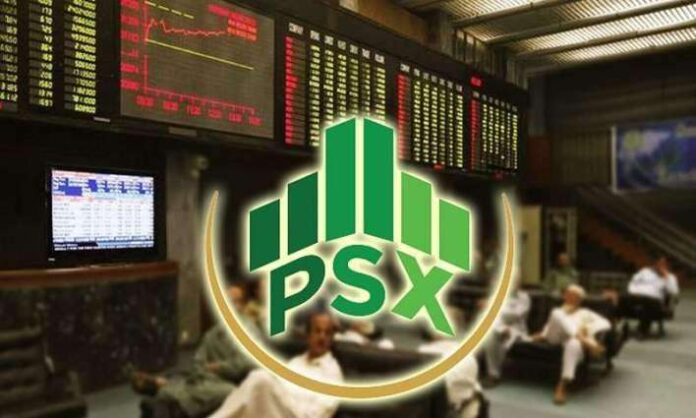 Karachi: The benchmark KSE-100 index gained over 900 points during intraday trading on Wednesday as analysts said clarity regarding the International Monetary Fund (IMF) deal had led to fresh buying.

The huge buying witnessed on the back of massive Pakistani rupee recovery of Rs10 in intraday trade. The Rupee was being traded at around Rs228 per USD in the interbank .

Further, the recovery is also attributed to the improved economic fundamentals as the import bill in July 2022 has been reduced to $4.86 billion, down by 38.31% MoM, compared to $7.88 billion in the previous month.  While compared to the corresponding month the previous year, the imports showed a decline of 12.81% from $5.57 billion reported in July 2021.

Accordingly, the trade deficit for the outgoing month narrowed to $2.64 billion compared to a deficit of $4.96 billion in the preceding month, witnessing an improvement of 46.77% MoM.

Federal Minister for Finance and Revenue Miftah Ismail stated on Monday, “Government’s efforts to reduce imports have now finally started showing results and the government is keen to work on making the economic crisis less.”

On the same day, in an interview with Bloomberg, while giving a clue of upcoming stability he said that Pakistan sees a way out of its current economic crisis without descending into default, thanks to progress on a stalled International Monetary Fund (IMF) loan as well as spending cuts.