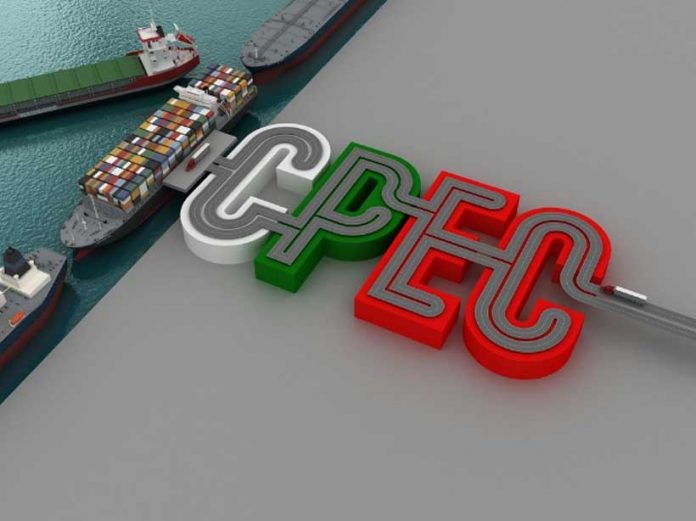 Sources said that the high ups of the government considered the abolishment of the CPEC authority and it was decided to discuss this matter of disbanding the CPEC Authority with China.

Another source in the PM secretariat said that matters related to abolishment of CPEC authority are still under consideration and no decision has been made so far.

Pakistan Muslim League Nawaz government had hinted to abolish CPEC Authority after coming into power besides transferring all the matters to Planning Commission.

The PTI government had planned to effectively operationalize the CPEC authority so that’s why they appointed Khalid Mansoor as Chairman CPEC authority and also had given the advertisement for hiring professionals from the private sector.

Planning ministry officials had informed the Senate Standing Committee in May this year that the mega project would be handed over to the Planning Commission according to the vision of Ahsan Iqbal.

They added that the authority had not done any significant work, therefore, its disbanding is being considered, and a final decision will be taken soon.

Sources said that the Planning minister has a desire to attain maximum powers so he wanted to keep CPEC related matters also.

Federal Minister for Planning, Development & Special Initiatives Ahsan Iqbal on Wednesday during the public talk, titled “CPEC: A Catalyst for the Economic Development of Pakistan,” said that the progress on CPEC projects particularly Special Economic Zones, Gwadar port, and some infrastructure projects have faced serious setbacks in the last four years.

Along with this, Pakistan’s fiscal problems and procedural obstructions have also made China more cautious regarding investments. However, the current government is putting full efforts to bring CPEC back on track, he added.

The scribe requested Planning minister Ahsan Iqbal to comment with regard to PM approval to abolish CPEC authority but no reply was received till finalization of story.