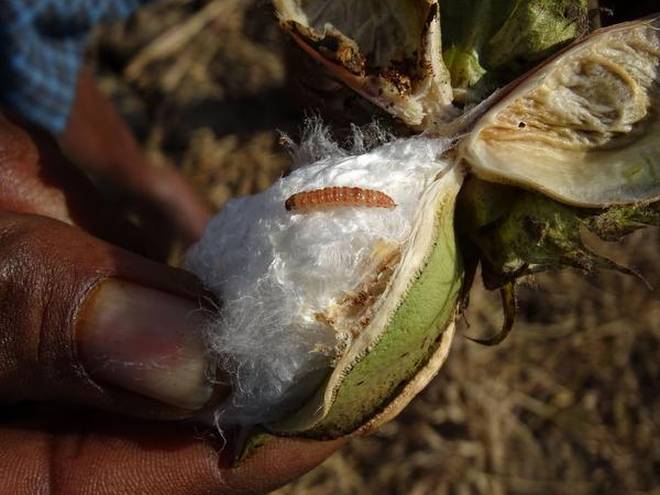 ISLAMABAD: The government has decided to spend Rs20 billion on production of high quality seeds of cotton and developing climate resilient production technologies in a bid to revive the crop which has suffered due to climate change and use of substandard seeds in recent years.

Speaking with Profit, an official source informed that the decision was made in a meeting on cotton revival that took place here on Wednesday. The meeting which was chaired by Federal Minister for National Food Security and Research Tariq Bashir Cheema was attended by Minister for Commerce Syed Naveed Qamar, Minister for Industries and Production Syed Murtaza Mahmud, relevant government bodies and stakeholders. The meeting consulted stakeholders and reviewed proposals for the enhancement of yield and cultivation area.

Members of the committee were informed that Prime Minister Shehbaz Sharif on August 20 had approved Rs10 billion for the cotton research and development endowment fund. These funds will be released in three tranches over a period of three years. They decided to use the funds to improve seed quality in addition to modernising and developing climate change resilient production technologies.

Besides, members decided to encourage technology providing seed companies to market their cotton seeds in Pakistan. In this regard, a committee has been constituted which will negotiate with seed companies and facilitate them in entering the local market.

The committee was briefed that the latest seed technologies will help enhance productivity and benefit the sector as farmers will be encouraged to grow more cotton through such incentives.

Federal Minister for Industries and Production Syed Murtaza Mahmud directed the committee members to revisit the criteria for the registration of seed companies. He added that the federal government will consult provincial governments and devise a mechanism to penalize companies which are providing substandard quality seeds.

The meeting was further informed that inferior quality cotton seeds affect farmers, ginners and the textile industry alike. Therefore, the Ministry of National Food Security and Research is designing an awareness campaign for farmers to educate them about the ways to improve productivity and improve farming skills.

Stressing the need to improve R&D in the country, Mahmud urged the textile industry to pay cotton cess arrears in order to improve cotton research activities.

It may be mentioned here that production of the crop has declined from over 12 million bales about a decade ago to around 7 million bales last year. Cotton growers have been suffering mammoth losses over the last three years due to the crop’s sensitivity to the environment, quality of production and other factors.