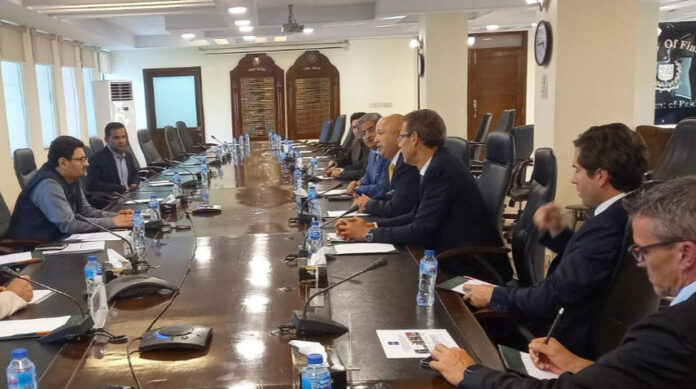 ISLAMABAD: A major of the telecom sector on Thursday called for mitigating the ‘digital emergency’ in the telecom sector and sought immediate policy interventions from the government to provide critically needed fiscal space to ensure its survival and support Pakistan’s digital inclusion objectives.

The delegation told the government that the economic conditions and policy making in Pakistan were threatening the survival of the telecom sector in the country.

The meeting with Miftah was apprised that the telecom industry’s financial health has been severely impacted due to an unprecedented rise in the cost of operations, which includes primarily fuel, electricity, interest rates, and constantly increasing dollar pegged spectrum installments whereas the recent floods have added to these issues by severely damaging critical digital infrastructure to the extent that the survival of the telecom sector is at stake.

Based in The Netherlands, VEON is the parent company of Jazz, which is present in six other countries. The finance minister was briefed about the company’s economic contribution in terms of bringing in foreign investment into Pakistan and informed about the issues being faced by them.

The finance minister was requested to remove the requirement for permission to import telecom equipment, along with approving a reduction in withholding tax from 15 per cent to 8 per cent on essential telecom services.

Miftah assured of resolving the sector’s issues at earliest and stressed for foreign investment in various sectors in Pakistan.

In the meeting with the minister for IT & telecom, the delegation urged for denominating spectrum payments in rupees and extending the payment terms to 10 years instead of 5 years.

The government was requested to suspend the industry’s annual contribution to the Universal Service Fund (USF) for two years so that the industry can utilise the amount to cover some losses.

The meeting was also briefed over the connectivity status in flood affected areas. It was told that the telecom sector remains committed to leveraging all opportunities to accelerate Digital Pakistan.

Syed Amin-Ul-Haque forwarded recommendations regarding the problems faced by the telecom sector to the Prime Minister’s Advisory Council on IT and Telecom.