The growing divide between the interbank and open market 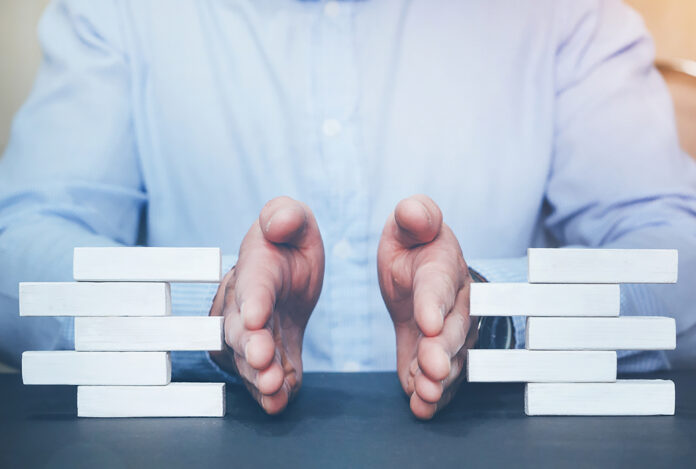 It is a common enough experience, enough so that one expects it. If a person wants to buy dollars, they will go to a currency exchange and purchase whatever currency they need. Usually, if the rate at which the money changer sells the currence is a couple of rupees more than the official exchange rate.

That means if the dollar is officially being sold for Rs 223.42 in what is known as the official ‘interbank’ market, a person can walk into a currency exchange and buy a dollar for anywhere between Rs 224-25. Of course, this gives rise to a few questions. What is this ‘official’ interbank rate and why do money changers charge a little on top — what is known as the ‘open market rate.’ And more importantly, what in the world is going on in Pakistan which has caused its interbank and open market rate of exchange for the dollar to rise by as much as Rs 10 in places?

As the name suggests, the interbank market is a market between banks. On an international level, it is a network used by financial institutions to trade currency and currency derivatives with each other. These transactions can be on behalf of third parties done through banks; however, they are primarily done for the banks themselves.

Banks can choose to deal with each other directly on the interbank, which is the most important segment of the foreign exchange market. To put this in simple terms, the interbank can also be seen as a wholesale market on which currency transactions take place.

Following that currencies around the world were allowed to float freely. Voice brokers over telephones used to match buyers and sellers of forex back in those days. They were replaced by computerized systems such as Reuters and Bloomberg. This is how the interbank emerged.

Since May 1999, Pakistan has been following a market-based flexible exchange rate system. As a result, the interbank rate is applicable to all foreign exchange receipts and payments. This is for the private and public sectors. The exchange rate depends on the demands and supply conditions in the domestic interbank.

As a retail buyer, you do not have access to the interbank rates. Instead, you go to the open market for all your foreign currency needs. The open market in Pakistan, or kerb market, primarily consists of Foreign currency exchanges where individuals can go buy and sell currency.

Where does the money in the interbank and open market come from?

The interbank is fed by inflows such as imports, remittances, grants, aid, donations, foreign direct investment, and repatriation of profits. Any money that comes into the country through these official channels comes in through commercial banks for their clients. This feeds the interbank.

Similarly, outflows are also made through this category. Depending on the need of the market, the SBP can inject liquidity by selling foreign currency in the interbank. It can also wipe up liquidity by buying.

The open market, however, gets its inflows through remittances, travelers exchanging notes, and sometimes savers exchanging the currency they’ve held on to.

You may be confused about remittances being an inflow in both the interbank and open market. This is because customers have an option to decide which channel to send their remittance from.

Why is the rate different for both exchange rates?

At first glance, you’re probably thinking that these two markets are vastly independent and do not rely on each other. That is not entirely true. Foreign exchange companies deposit or surrender their net inflows to the interbank at the end of trading days. That makes them a part of the system.

There is usually a differential or spread between the two rates. This is primarily because the exchange companies, while not always charging a commission, charge a margin so that they make money.

As a result, the interbank and open market are two different rates. In normal circumstances, the difference between the two rates is small, however, in times of volatility, the spread may grow.

Sometimes, however, the interbank rate is higher than the open market rate. This is very rare but has happened.

Why is the differential so high these days?

For starters, let’s just point out a flaw in the Pakistani open market. In other countries, people only go to exchanges when they are traveling and need the other country’s currency. People don’t really buy and hoard physical notes of other currencies. Logically, the open market rate goes up when there is a demand for foreign exchange. This could be when people are traveling more, going abroad to study, or even when people are trying to dollarize their savings.

The demand in the open market these days is primarily driven based on making a quick buck in the foreign exchange market when the rupee depreciates. The demand is further amplified by savers dollarizing their savings. However, because travel has picked up, people are rushing to currency exchanges for foreign currency.

The rate in the interbank, however, has calmed down as the controls on outflows such as LC restrictions, closing down open accounts, etc have worked. As a result, demand has dampened. Moreover, in the past, the interbank struggled with processing large Letters of Credit (LCs) and lack of liquidity in the interbank to process those payments.