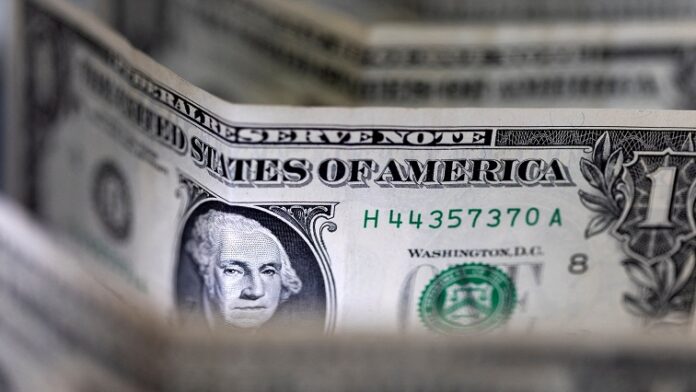 WASHINGTON: The dollar climbed close to a 24-year peak against the yen on Wednesday amid a jump in United States yields after hotter-than-expected inflation boosted bets for even more aggressive monetary tightening by the Federal Reserve next week.

Overnight, the currency pair, which is extremely sensitive to rate differentials, surged 1.26pc as 10-year Treasury yields climbed to a three-month high following an unexpected rise in the US consumer price index (CPI) for August.

The yield on two-year Treasury notes, which typically reflects interest rate expectations, peaked at 3.804pc on Wednesday, the highest since 2007. The 10-year yields last stood at 3.431pc.

“This has really shattered the illusion … that inflation had peaked and was coming down,” Ray Attrill, head of currency strategy at National Australia Bank, said in a podcast. “Hence markets have decided that next week’s Fed decision is not between 50 and 75 (basis point increase), it’s now between 75 and 100.”

Financial markets now have fully priced in an interest rate hike of at least 75 bps at the conclusion of the Federal Open Market Committee’s policy meeting next week, with a 38pc probability of a super-sized, full-percentage-point increase.

A day earlier, the probability of a 100 bps hike was zero.

Nomura’s economists said they now believe a 100 bps rate hike is the most likely outcome.

“Markets underappreciate just how entrenched US inflation has become and the magnitude of response that will likely be required from the Fed to dislodge it,” they wrote in a note.

The dollar index, which measures the currency against six major peers including the yen, euro and sterling, was little changed at 109.77, after surging 1.5pc overnight, its biggest one-day percentage gain since March 2020.

“It’s very hard to bet against a strong US dollar at this stage, which is still not seeing any signs of softness. And if expectations of continued aggressive hiking in the last quarter of the year continues, that may prolong the trend of dollar strength,” said Jeff Ng, a senior currency analyst at MUFG Bank.

The risk-sensitive Aussie extended its losses and slid 0.1pc to $0.673, after a precipitous 2.26pc slide overnight.