The govt has revised fuel prices prompting many to question the increase of Rs1.45 despite a decrease in oil prices internationally? Profit explains why. 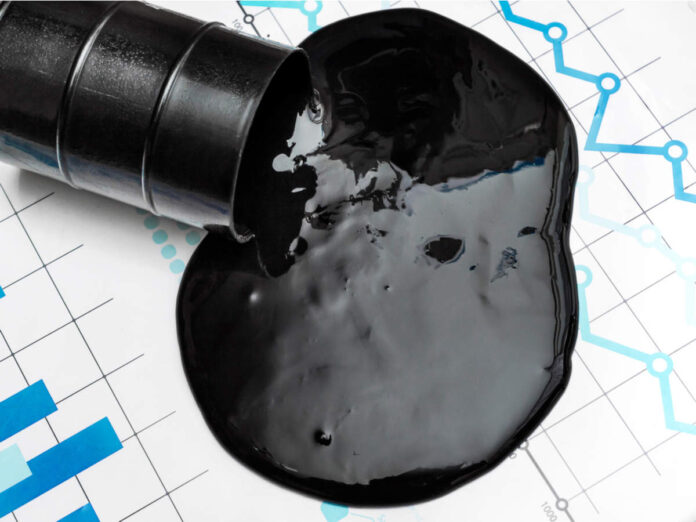 ISLAMABAD: Fuel prices in Pakistan have increased yet again. According to the latest price notification announced by the government on September 21, fuel price has been hiked by Rs1.45. In a report by Dawn that cited calculations made by the Oil and Gas Regulatory Authority (OGRA), the price of petrol was to decrease by about Rs7.

The news has not been welcomed by the public of course. With an already ailing economy that is now also suffering the damage caused by massive flooding, inflation is going through the roof and the general public’s patience is running thin.

Although analysts and newsrooms around the country were anticipating a decline in fuel prices, reflecting the change in international oil prices, the latest hike has been more of a let down for the more vulnerable segments of the population.

What caused the hike?

A few local media outlets have reported that since Prime Minister Shehbaz Sharif was attending the Council of Heads of State (CHS) summit of the Shanghai Cooperation Organisation (SCO), he could not approve the summary issued by OGRA.

Meanwhile, Chairman Pakistan Petroleum Dealers Association (PPDA) Abdul Sami Khan has reportedly claimed that the government is perplexed; because it fears that announcing a significant increase after 15 days would be extremely challenging if the prices are reduced but the rupee continues to decline over the next two weeks.

The primary reason for this hesitance is political backlash the PML-N government would have to face, especially with Imran Khan breathing down the party’s neck. And he isn’t the only one opposing the government’s decisions regarding fuel prices. It may be recalled that vice president PML-N Maryam Nawaz had openly criticised her own party a few weeks earlier stating: “even if it was our government, I do not support this decision to increase oil prices. Electricity bills have also put a heavy financial burden on the masses.”

What goes into petrol prices ?

The pricing of petrol seems simple enough, but there are a range of factors that contribute to the final price you have to pay at the fuel station. To start things off, in the most basic sense, oil is the commodity from which almost all other fuels derive their price from.

Still confused? Let Profit break it down further. Oil is the raw material that refineries require to produce a range of petroleum (POL) products such as jet fuel, kerosene oil, diesel etc. When there is a hike in the price of oil, all related products will follow suit in price revisions.

The regulatory body OGRA is in charge of keeping an eye on the prices of oil and POL products. Fuel costs in the nation are set using the average price provided by Platts plus PSO’s premium. Every two weeks, the authority calculates the weighted average cost of supply.

The cost build-up for petrol, which includes OMC margins, inland freight equalisation, dealer commissions, petroleum development levies, and other costs, are then added on top of this average.

If you go to OGRA’s website and view the E-10 gasoline price notification, the first component added to the Platts plus average is the Inland Freight Equalisation Margin (IFEM).

This margin covers the cost of inland movement incurred by an oil marketing company for moving the finished product from the refinery to fuel stations across the nation. It also covers the costs a refinery incurs for the transport of crude oil from the port to the refinery.

If you’ve ever wondered why the price of petroleum products cost the same in Skardu as Karachi, this is why. It is added to the price in order to ensure consistency in pricing throughout Pakistan despite the fact that transporting fuel from a refinery in Karachi to Skardu costs a lot of money.

This fixed rate is often a bone of contention between the oil sector and the government. The result? Restriction of free market principles of economics that often culminate in unethical market practices like hoarding.

More often than not, OMCs and dealers resort to pressuring the government through closures to get their demands met in terms of pricing. This comes at the expense of the public in the form of long queues at fuel stations or no fuel at all.

The next part of the price is the Petroleum Development Levy (PDL). This levy is charged by the government on every litre of petrol. It is an excise tax imposed on the sale of fuel, particularly to fund capital expenditures related to the growth. At the moment, PDL is at Rs37.42 per litre, up from last month’s Rs20.

Furthermore, PSO’s cost of supply has been declining since the last three months. At the same time, the government has been increasing PDL in phases. This keeps the overall retail price of petrol relatively higher.

The rise in PDL is in line with the demands of the IMF; therefore, the government’s hands are more or less tied. Due to this reason, PDL charges are expected to go up to Rs50 in the new budget; meaning that a further hike of Rs12.58 is not out of the question

That is, however, dependent on international oil markets. If the price of crude dips, the government can afford to add levy without it having a significant impact on the masses.  But there’s an additional sales tax that can be charged on the price. Further increasing prices is a recipe for disaster, politically speaking.

At the same time, the government is required to increase revenue and improve the current account balance by the International Monetary Fund (IMF).

That said, it does not mean that the current prices are ideal, but far from it. It is important to recognise the fact that Pakistan imports oil. Predicting and navigating the international  oil market is not an easy task. Therefore, increases or decreases in the price of petroleum products are determined by international factors. A good example of it would be how interest rates determined by the US Federal reserve influence the oil market.